Probe went this close in 2004, but the light is better this time around

The Cassini probe's commenced its death dive into Saturn's clouds, but is still sending back high-resolution of the gas giant's rings.

The “ring-grazing” orbit phase began in November, with a burn in December that put it in position for its planned demise. Indeed, the probe's now completed 20 of the 42 orbits and in April will make a final plunge into the planet in order to avoid possible contamination of possibly-life-bearing moons.

“For now, the veteran spacecraft is shooting past the outer edges of the rings every week, gathering some of its best images of the rings and moons”, NASA's Jet Propulsion Lab says.

The announcement notes that Cassini's been as close as this before – way back in 2004 when it first arrived at Saturn – but the images it sent back then were nowhere near as detailed. Way back then the mission team favoured short exposures to stop the images blurring because the spaceship was passing so quickly.

“Those precious few observations only looked out on the backlit side of the rings, and the team chose short exposure times to minimize smearing due to Cassini's fast motion as it vaulted over the ring plane. This resulted in images that were scientifically stunning, but somewhat dark and noisy”, NASA says. 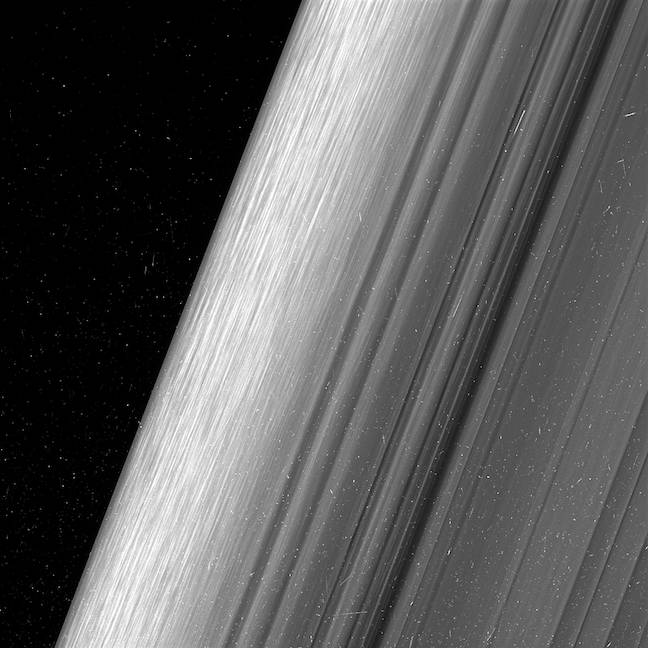 The outer edge of the B ring, perturbed by the moon Mimas. Click to embiggen

This time, the stars are in better alignment, so to speak: Cassini is getting shots of both the sunlit and the backlit side of the rings, and it's making lots of passes. 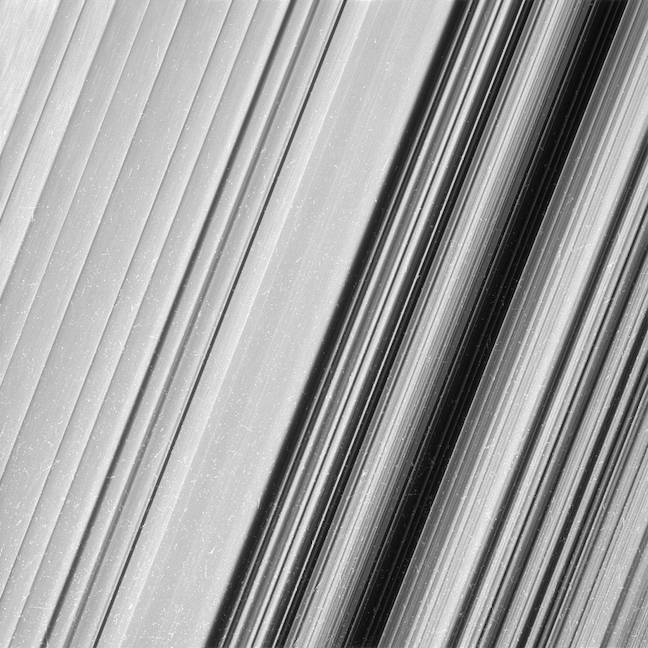 Another region of the B ring. Click to embiggen

The images here were taken at about 51,000 km distance, with a resolution of 360 metres per pixel. ®