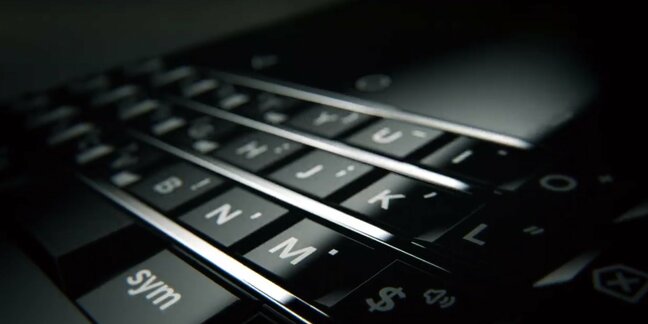 Tying up loose ends, BlackBerry has found a licensee to sell BlackBerry-branded devices in India, Bangladesh, Sri Lanka, and Nepal. It now has deals in place covering the planet, the largest by far being with Chinese giant TCL.

Publicly listed Optiemus Infracom will sell the devices in the Indian region. The company is a distributor for phones and accessories and only began selling phones in 2009. And it only became a BlackBerry distie back in November.

Once popular, BlackBerry rapidly lost ground in India following the launch of its BB10 platform; the handsets commanded a relatively high price. Sales went to cheaper Windows Phone and Android. BlackBerry fought back with a budget touchscreen model, the Z3, but that ship had already sailed.

TCL has confirmed it will launch the first monoblock physical QWERTY Android BlackBerry has made - the phone codenamed "Mercury" - in three weeks’ time in at Mobile World Congress in Barcelona.

The as yet unnamed phone was teased at CES in January. ®