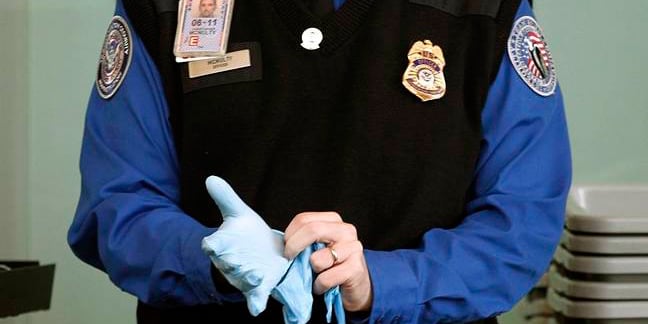 From 2007 through 2015, the US Transportation Security Administration (TSA) spent $1.5 billion trying to identify potentially dangerous travelers by observing their behavior through an ongoing program called SPOT.

SPOT stands for "screening of passengers by observation techniques." And according to the TSA's own documents, obtained through a lawsuit filed by the American Civil Liberties Union (ACLU), the techniques employed by the agency to detect untrustworthy travelers are unscientific and unreliable.

The program started as interviews at checkpoints. It expanded beyond checkpoints in 2009 to include roving officers, some undercover, who engage travelers in casual conversation while looking for telltale signs of malicious intent, whatever those might be. Ostensibly, these conversations were voluntary, but seeking to avoid them or being insufficiently forthcoming was treated as an "indicator" that might prompt referral to additional screening.

"The TSA has repeatedly claimed that the behavior detection program is grounded in valid science, but the records that the ACLU obtained show that the TSA has in its possession a significant body of research that contradicts those claims," the ACLU said in its report.

The civil liberties defender says TSA records include a number of academic studies that show that attempts to detect deception by monitoring behavior are useless. Other documents suggest the TSA exaggerated the science supporting its methods in its communication with Congress and government auditors, or failed to disclose information undermining its position.

The ACLU also criticizes the agency for possessing documents that indicate a religious bias against Muslims – hard as that might be to imagine in the current political climate. For example, it cites a TSA-authored presentation from 2006 that "reflects demeaning stereotypes about Muslims and women."

The presentation suggests women can be turned into terrorists more easily than men because "females tend to be more emotional and therefore easier to indoctrinate." It also includes a cartoon that presents a mother and daughter wearing hijabs, arguing over the daughter's desire for yet another "suicide bomber martyr Barbie." 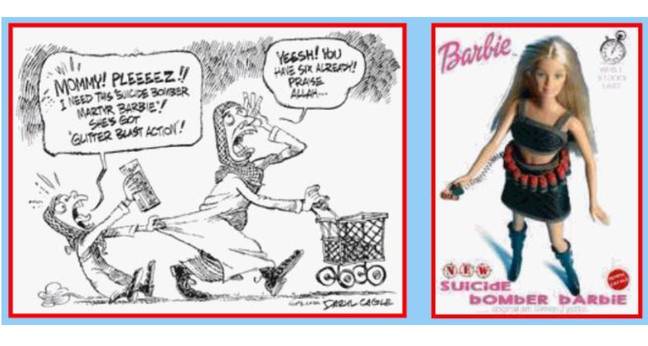 Mattel doesn't presently sell suicide bomber martyr Barbie. But if it did, and if the doll functioned as advertised, periodic replacement would be necessary.

The ACLU allows that it's not clear whether the TSA relied on this insensitive material in its behavior detection program. However, it notes that the TSA has engaged in specific instances of racial and religious profiling in Chicago, Honolulu, Miami, and Newark.

The ACLU argues SPOT should be shut down because behavioral observation isn't a reliable predictor of ill intent.

A 2013 Government Accountability Office report offers a similarly skeptical assessment of TSA's approach, finding the program to be a waste of taxpayer funds.

Hugh Handeyside, staff attorney with the ACLU National Security Project, in a phone interview with The Register, acknowledged that the TSA continues to defend its program. He said he hopes the documents that have emerged from the ACLU's lawsuit will help oversight entities keep the heat on the agency.

"Lawmakers from both parties have been quite critical of this program," Handeyside said. "We don't see how these kinds of techniques, given decades of research, can be used in a way that's consistent with passenger civil liberties."

Handeyside declined to delve into whether observing behavior might be useful for general law enforcement, but said such techniques are particularly problematic in the context of airport screening. "They raise serious civil liberties issues," he said.

In an emailed statement, the TSA said it stands by its program.

"TSA's behavior detection approach is designed to identify and engage individuals who may be high-risk (eg, possess malicious intent) on the basis of an objective process using behavioral indicators and thresholds, and then route them to additional security screening," a TSA spokesperson told The Register.

The agency spokesperson cited the value of behavioral detection in arrests made in Florida, Michigan, and Texas. The cases involved bulk transfer of currency, firearms possession, drugs, and identity fraud, but not terrorism.

The agency insists that behavior detection can be used to address a variety of threats and doesn't become obsolete in the face of new weapons or tactics. "It is one element of TSA's efforts to mitigate threats against the traveling public, and is critical to TSA's systems approach to deter, detect, and disrupt individuals who pose a threat to aviation," the TSA's spokesperson said.

The TSA said it continues to rely on behavior detection, though it no longer treats SPOT as a distinct program. The agency has integrated behavior detection officers into its ranks, in keeping with the 2016 FAA Authorization Act. ®

That padlock on your bag? Easy to open by anyone now

Chewbacca held up by TSA stormtroopers for having light sabre

TSA to pull backscatter perv scanners from US airports