Big Red keeps schtum over the status of StreamLine 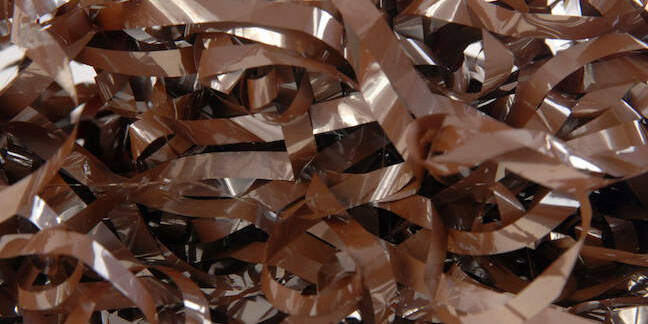 StreamLine boxes are high-end libraries, generally for enterprise use, competing with equivalents from IBM (buoyed by mainframe tape use) and SpectraLogic. Both IBM and Oracle have their own proprietary tape formats as well as supporting the LTO (Linear Tape Open) format.

Oracle went through a round of layoffs amid speculation that it was cutting back on hardware product development, such as its SPARC processors. It then posted a new roadmap on the future of SPARC and Solaris.

We checked with Oracle about the StreamLine product range's future on February 10. Almost a week later, we hadn't heard anything beyond an acknowledgement of our inquiry, so we prodded again and got a result, of sorts.

A spokesperson said late on Thursday: "We are going to decline to comment on this one."

So, instead of saying, "No, the product line continues" or "Yes, the product line is coming to the end of its life" or "We are considering its future," Oracle decided to say nothing, knowing we would publish the result. What does it mean?

There is now doubt over the continuing life of Oracle's StreamLine tape library product range. Customers cannot assume that the products will be developed or that Oracle's proprietary T10000 tape format has a future.

The obvious strategy is to transition to the open LTO format, which has a roadmap from its current LTO-7 format (6TB raw, 15TB compressed), and products supporting it from IBM, HPE, Quantum, and SpectraLogic.

Overall this change in StreamLine's status, from assured to doubtful future, will be seen as another stage in the long decline of tape as a backup and archive storage medium. ®