Ditching your call centre for an app? Be careful not to get SAP-slapped

'Indirect' licence court victory – but at what cost? 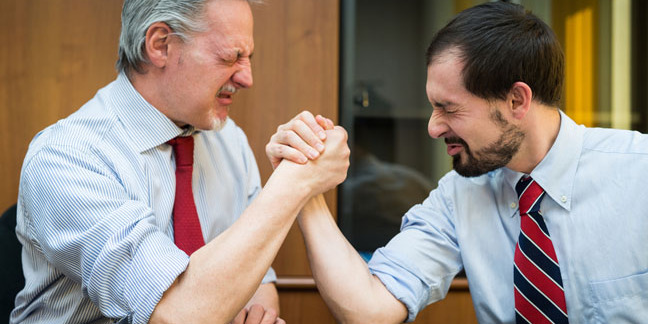 SAP has scored what threatens to be a pyrrhic victory in court against one of its own customers.

A British court sided with the software giant in a case that threatens to drastically increase the amount of money customers must pay it.

A judge ruled that SAP's named-user licensing fees must cover any and all software that connects – even indirectly – to data held in a customer's SAP systems.

SAP also sought an injunction letting it comb through Diageo mySAP to verify its use, looking for additional licence and maintenance fees.

It's a sobering case for SAP customers moving to the digital, self-service and mobile world.

The case was brought by SAP after Diageo, a user of mySAP Business Suite since 2004, introduced two new systems – Gen2 and Connect from Salesforce.com.

It's the kind of business digitalisation story SAP would normally champion.

The problem is SAP has been honing in on customers on indirect use of its software over the last few years, conducting the standard software audit with a fresh eye turned to where there is indirect access to its systems.

In the case of Diageo, integration was via SAP Exchange Infrastructure (SAP PI), a messaging bus that Diageo paid for based on monthly volume.

SAP claimed that the number of named users of mySAP at Diageo had been increased indirectly. Diageo believed it was paid up and legit.

The High Court, however, ruled that only named users are allowed to access mySAP, directly or indirectly.

"I reject Diageo's submission that SAP PI is a 'gatekeeper' licence for gaining access to the SAP suite of applications and database," the judge wrote.

According to the judge, the wording of Diageo's contact with SAP is "clear and free from ambiguity".

SAP told The Reg the ruling gave "clarity into the legal position regarding licensing software, critical to our industry. The decision helps software providers protect their most valuable asset."

Diageo may appeal. "We're disappointed with the Judgement of the Technology and Construction Court," a spokesman said. "We are reviewing the Judge's comments and are considering our next steps."

SAP may have welcomed the verdict but the subject of indirect access and named user charging has been a long-running point of contention between SAP and its customers. And although SAP won the Diageo case, neither the suit nor the result will have done it any favours among its customers.

Indeed, it may hurt SAP's business as users seek to avoid similar entanglement by limiting their use of SAP software in systems that would have provided levels of web-based self-service akin to Diageo.

Named user is a specific person on a contract authorised to use that particular piece of software.

The named-user model serves customers best in settings where the number of users is small and known, such as in development and testing or behind a firewall. Named user serves vendors best in big deployments.

Named user is not unique to SAP. Microsoft and Oracle are just two big names that use it.

Microsoft's pricing has undergone huge change with the rise of cloud and rollout of devices: Windows 10 and Enterprise Cloud Suite, including Office 365 and Dynamics, are all available on a named-user basis, as opposed to a per-device basis. For internet service providers and ISVs, Microsoft has a Service Provider License Agreement.

Customers, too, are moving to per-user and away from per-device.

Oracle also has named-user pricing as an option – it offers products under processor licence. Oracle, however, has demonstrated less of an appetitive for holding its customers' feet to the fire over named users and indirect access.

Indirect access has proved a big issue among customers.

Nigel Pullan, EMEA vice president for Oracle and SAP support specialist at Spinnaker Support, told The Reg: "The common response among customers is they felt aggrieved, in some cases horrified with the approach being taken by the use of that data. In some cases it's minimal but in the case of Diageo it's substantial."

One long-term enterprise watcher here noted that SAP customers have curtailed their deployments rather than run the risk of falling foul of SAP's policies.

Pullan, however, forecast more such cases in the wake of the Diageo ruling.

"I'm sure having gained a positive result in this lawsuit SAP will be out there with other customers looking for similar cases," he said.

"It's an increasingly common scenario, because of web-based applications that are being more widely used by organisations. In this case it was the replacement of a call centre with a web app, so I suspect many more of those cases to come forward." ®