There's an app that maps public toilets – how could it not be core infrastructure? 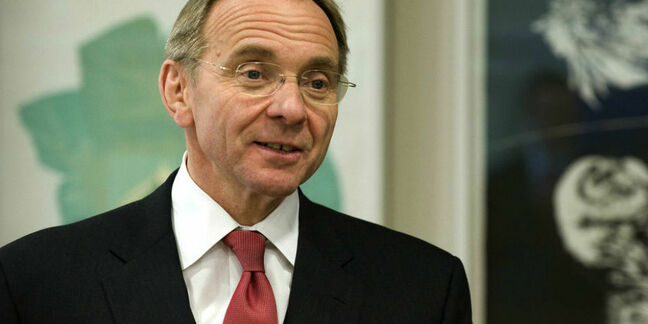 The chief executive of the Civil Service, John Manzoni, says the UK needs to begin to consider the "collection and storage of data as part of [our] core national infrastructure".

In a speech delivered this morning, Manzoni articulated the Civil Service's dreams about "public service modernisation", which focused on how critical data can be to the nation.

"Services driven by open data are already giving people more choice in where they get their healthcare, where they live and where their children go to school," the chief executive said, before adding: "There's even a Great British Public Toilet app – a sort of relief map of the country."

Manzoni stated that "the impact of data analytics and big data in our lives — for example the way online retailers tailor their recommendations for the food, books and music we buy — is quite familiar" but "less has been said about the transformative power of this technology for the delivery of high-quality public services, and it's time that changed."

Data is a public asset, Manzoni argued, and with the publication of the Government Transformation Strategy earlier this month as well as the Digital Economy Bill continuing its passage into law, that asset can be used to make government more efficient and appropriate.

There are examples at home and abroad where data is being used to address people's real concerns about their daily lives; providing solutions that were not available before. In June last year, for example, Land Registry and partners published the first UK House Price Index, and provided a single source of information as opposed to the multiple competing versions which existed before. Land Registry data has also been used to create a range of information services. From whether rude-sounding street names have an impact on house values – (they do!), to more serious matters, such as whether your home is on a floodplain.

Such data can also be used to inform the public, as Private Eye showed with its own map of offshore-owned properties utilising Land Registry data. Notably, such data had to be sought under the Freedom of Information Act, rather than being made publicly available as per Manzoni's vision.

Manzoni told his audience that "because government data is public data we have a duty to use it well and open it up where possible – and we have to be seen to do so cost-effectively, efficiently, proportionately and appropriately."

"Information and data is power," said the chief exec, "which is why, historically, the ability to communicate and understand it was so jealously guarded. Now that we are openly releasing information, we have to do so responsibly."

This means transparency in making available and opening up to scrutiny the data and analysis on which policy decisions are based, and allowing citizens to engage properly when transacting with the government, such as when applying for a driving licence or passport, that the data government holds about them may be amended if incorrect.

Manzoni said that government was short of key data science skills, but added that the US was in a worse position, where there would be a shortage of 190,000 data scientists by 2018.

The Civil Service is attempting to grow a specialist data science community by both direct recruitment as well as funding for training, and expanding career pathways for analysts.

A Data Science Accelerator Programme is described as "tapping into the 3,000 or so analysts from other disciplines looking to develop their data science skills" and the Office for National Statistic's headquarters in Newport opened a Data Science Campus last October.

"Together, these measures are nudging us towards a cultural shift in the status of data in government and those who work with it," said Manzoni.

"How government uses data in service of the citizen will define how the citizen experiences government. When we get it right, we will deliver the right service at the right time to the right person. And that is our goal." ®