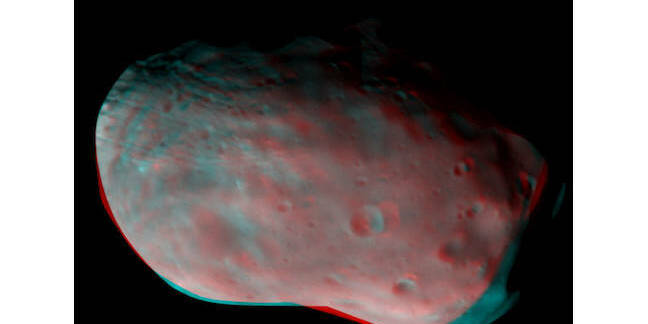 Phobos in 3D: just one of the thousands of ESA images covered by its CC-BY-SA 3.0 IGO licence

The European Space Agency has flung the data doors open: from today, it's adopted an open access policy for its trove of images and videos.

As the agency explains, its adoption the Creative Commons Attribution – ShareAlike 3.0 Intergovernmental Organisation (it even abbreviates to a mouthful: CC BY SA IGO 3.0) licence as its standard, following a bunch of other intergovernmental organisations like the World Health Organisation, the World Intellectual Property Organisation and various United Nations bodies.

The ESA has already been trialling the licence for images from the comet-chasing Rosetta probe and its vehicles around Mars.

At this stage, the policy prioritises images wholly-owned by the space agency, “or for which third-party rights have already been cleared”.

Ahead of the formal announcement of the policy, the ESA's been progressively posting a bunch of its archives at its open access site. As well as its image/video archives, recent releases (under a variety of open access policies) include: