Artificial intelligence 'will save wearables'!

Can you hearable me?

When a technology hype flops, do you think the industry can use it as a learning experience? A time of self-examination? An opportunity to pause and reflect on making the next consumer or business tech hype a bit less stupid?

"With AI integration in wearables, we are entering 'wearable 2.0' era," proclaim analysts Counterpoint Research in one of the most optimistic press releases we've seen in a while.

It's certainly bullish for market growth, predicting that "AI-powered wearables will grow 376 per cent annually in 2017 to reach 60 million units."

In fact it's got a new name for these – "hearables". Apple will apparently have 78 per cent of this hearable market.

The justification for the claim is that language-processing assistants like Alexa will be integrated into more products. Counterpoint also includes Apple Airpods and Beats headphones as "AI-powered hearables", which may be stretching things a little.

It almost seems rude to point out that the current wearables market – a bloodbath for vendors – is already largely "hearable". Android Wear has been obeying OK Google commands spoken by users since it launched in 2014:

Apple built Siri into its Apple Watch in 2015 with its first update, watchOS 2: 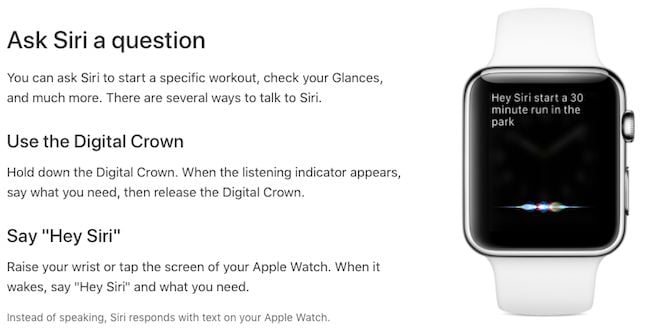 If a "smart" natural language interface had the potential to make wearables sell, surely we would know it by now. But we hardly need to tell you what sales of these devices are. Many vendors have hit paused, or canned their efforts completely. You could even argue that talking into a wearable may be one of the reasons why the wearable failed to be a compelling or successful consumer electronics story. People don't want to do it.

Sprinkling the latest buzzword – machine learning or AI – over something that isn't a success doesn't suddenly make that thing a success. But AI has always had a cult-like quality to it: it's magic, and fills a God-shaped hole. For 50 years, the divine promise of "intelligent machines" has periodically overcome people's natural scepticism as they imagine a breakthrough is close at hand. Then it recedes into the labs again. All that won't stop people wishing that this time AI has Lazarus-like powers.

We can't wait for our machine-learning powered Sinclair C5 – the Deluxe Edition with added Blockchain.