While Samsung’s away, rivals try and sit in the Android King’s Chair

With Samsung delaying the launch of its Galaxy S8 flagship until after Mobile World Congress, both LG and Huawei used the event to capitalise on the delay.

So let’s get this out of the way first. Both giants alluded to Samsung’s Note 7 exploding battery problems in a very subtle fashion. For example, LG’s presenters put on their Very Serious Faces, and started talking about “personal safety.” Personal safety was very important, they nodded, gravely.

What did this mean, we wondered? Phones with a rape alarm? A built-in reservoir of pepper spray, or perhaps an inflatable airbag? All of these would be fantastically useful enhancements to personal safety. No, they just meant having a phone that doesn’t blow up in your pocket. Huawei also alluded obliquely to how much care is taken with its own batteries – although it’s fair to say Huawei’s reference was “fleeting.” Neither wished to be seen to be exploiting Samsung’s misfortune, although neither could completely ignore it either.

How LG and Huawei want your flagship cash

In two massively oversubscribed events at MWC 2017, first LG and then Huawei revealed their wares.

LG G6 is the more immediately impressive, given that it smartens up LG’s flagship offering considerably and makes it more coherent. Phones from the South Korean giant have often featured bleeding-edge displays and cameras only to be let down by a weird combination of unwanted features, boffin-designed user interfaces, and teenage cuteness. This looks and feels much more like a mainstream Android should. About time, perhaps.

The LG G6 packs a spectacular 18:9 display in a surprisingly compact body. The bezel around the 5.7" QHD+ display has been almost completely eradicated. Most phone displays today follow a 16:9 aspect ration. The best compliment you can pay 18:9 is that you wonder why nobody’s tried it before; it feels natural. As we noted last week, 18:9 allows for (in LG’s words) “11.3 per cent more information!” and also allows you to view two square windows side by side. Less obvious is why you’d want to.

The G6 is therefore more comfortable to hold than an S7 Edge, and much more comfortable than an iPhone 7 Plus, both of which have 5.5" displays. LG recruited an academic ergonomist to confirm that, yes, the LG was comfortable because it had a width narrower than 72mm, and the bottom bezel is bigger than 7.5mm. Apparently. That’s what ergonomists say in 2017, although they’ll probably say something else next year.

Tech specs are unsurprisingly more whizzy than last year. The quad-core Qualcomm Snapdragon 821 supports high bandwidth LTE, and smoother 4K video. LG packs in two 13Mp sensors for its main imaging unit, as is the modern fashion. There's also 32 or 64GB of flash storage, 4GB of RAM, single or dual nanoSIM, a microSD slot that can take up to 256GB of capacity (this consumes one of the dual nanoSIM slots in that model), and a non-removable 3,300mAh battery.

LG has done away with all the buttons except the volume keys, and retains the power up button with fingerprint sensor on the rear. The LG was the first to put this round the back, and others have copied this.

And as expected, it’s water and dustproof. The pricing wasn’t disclosed today, but you can be sure it won’t be cheap. It's expected to go on sale this quarter. 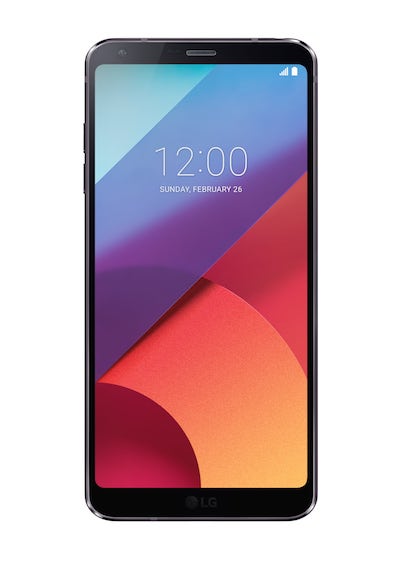 Overall it’s a great return to form for a company that was trying just a bit hard to be different. And guess what – it doesn’t explode. Because personal safety is important, so very important, to LG.

We’ll have a fuller hands on soon.

Immediate ban on new installations in 5G networks, all contravening gear must be gone by end of 2027
Networks13 Oct 2022 | 86