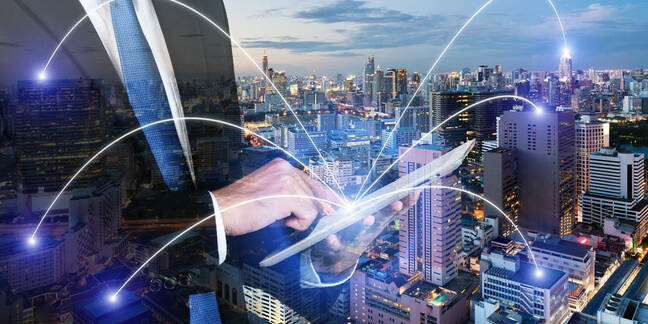 Interview Macario Namie, head of IoT strategy at Cisco Jasper, has been working in the connected device space "before it was known as IoT” and was with Jasper for nine years before it was acquired by the networking borg in 2016 for $1.4bn (£1.1bn).

The outfit began as a machine-to-machine wireless comms specialist, Jasper Wireless, before changing its name in 2014.

Speaking at Mobile World Congress in Barcelona, he says the company now works with 50 mobile operator service providers, an increase from 35 prior to the acquisition.

In the UK it has been working with O2 since 2010, recently signed a deal with EE and has another yet-to-be-announced partnership with a third operator – he can’t say whether that's Vodafone or Three.

The biz partners with service providers, many of which are desperate find new routes to enterprise revenue in a saturated mobile contract market.

But Namie reckons it was the rise of the humble Amazon Kindle in 2006 and 2007 that started the whole IoT craze and "opened up the eyes of everyone as to what you could do with a connected device”.

"There was some very early adoption ten years ago, mostly in transportation space,” he says, noting Omni Truck had connected fleets of commercial vehicles.

"In the span of a quarter, Amazon had as many connected devices as Omni Truck had. It was extraordinary.”

Jasper has retained its name under the Cisco Jasper branding, building and senior staff. Of course, it’s still early days into the acquisition.

Since the Cisco gobble, Namie says Jasper has gone from indirectly working with 3,500 enterprises to 9,000, increasing the total number of connected devices from 17 million to 40 million.

From Cisco’s perspective, the move is all about its shift away from hardware to becoming a software and services outfit with an IoT offering.

To that end the biz also recently announced its intention to acquire AppDynamics for $3.7bn (£2.9bn). Namie can’t say much about that deal as it hasn’t completed yet, but he notes “There is tremendous synergy on the ApDyamics IoT side."

Namie concedes the industry is not without a good deal of hype. "There are a lot of consumer gadgets that tend to be overhyped.. wearables, and the smart home... Consumers tend to be fickle.”

Agriculture is where some of the most interesting stuff is happening, he says, pointing to pest control company SemiosBio.

"So if you have an apple orchard, they have a sensor on the tree to monitor the amount of insects. And if the sensors pick up enough activity, they release pheromones to inhibit the libido of moths and stop them procreating. There’s lots of really cool industry use cases." ®