The secure, self destructing mobe for heads of state... and big enterprises

MWC There’s exclusive and then there’s exclusive. If you need to ask how much the DarkMatter Katim phone costs, you’re not a serious customer. The first handset to come from the UAE-based security company doesn’t have a price.

But then it’s a very unusual phone, as Suresh Bollapragada, DarkMatter VP of Systems Engineering and a former senior director of engineering at Qualcomm, told me.

For a start, it self-destructs, like an assignment in Mission Impossible, if it’s tampered with. Perhaps not with smoke, but by disabling key components.

The phone won’t even boot if it can’t find the crypto keys on a customised microSD Card, a card which won’t work in any other phone other than the one assigned to the VIP. Two-factor authentication is strictly required. There’s also a “shield mode” that allows you to use data with audio and video ports disabled at a hardware level.

You get the idea: this is a serious effort to create a very secure phone. Who is this for, then?

“The US president takes his security with him, he has Air Force One. But not every other nation’s leader has this.”

So it’s for heads of state and key staff. But also large enterprises who value very secure comms. DarkMatter devised Katim, Bollapragada explained, because the “secure phones” don’t quite fulfil the needs.

“They’re mostly consumer-focused,” he told us. “Blackphone is fairly expensive, it’s built for a specific market and the crypto keys are still owned by the manufacturer. We're allowing enterprises or nation states to own the keys. We’re selling Katim purely as a secure device.”

The key owner can then distribute app through the private App Store. It’s a managed device, of course. 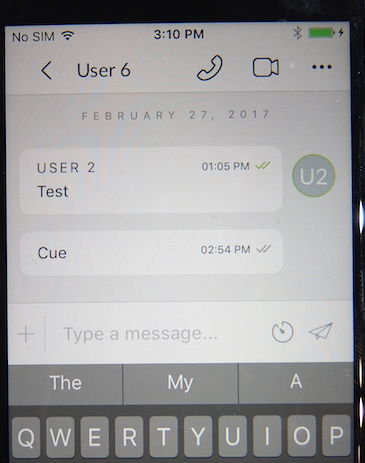 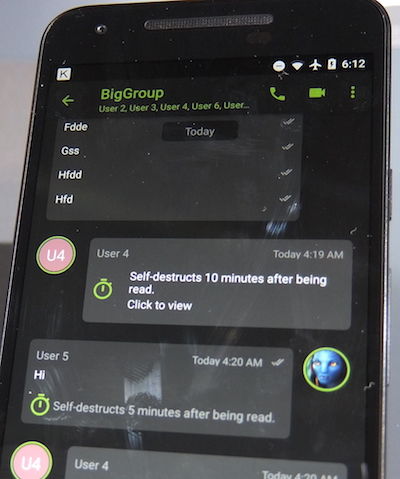 Inside the Katim is a Qualcomm Snapdragon 821 octocore processor, and Android that uses the SELinux kernel but with added grsecurity patches, Mr Bollapragada explained.

Some security features are simple but non-obvious. USB presents a really obvious attack vector, and stealth data-slurpers can masquerade as regular USB charging plugs. So the Katim ensures a charger is only delivering current.

The idea of a cybersecurity company in the Gulf might raise eyebrows. Staff told us that the basis was that the customer operates the servers and owns the keys.

"We cannot see the messages," the company told us.

Katim already delivers a suite of secure messaging and voice apps for iOS and Android.

DarkMatter ensured we couldn’t even paw the device or get closer than a few feet away. The device should be delivered to customers in Q4 this year. The comment about pricing suggests that the phone won’t, by itself, be astronomically expensive, but the security infrastructure to support it isn’t trivial. ®

Interview Moving to series production and dealing with the US, where things are done slightly differently
Science28 Jun 2022 | 5

To Washington's relief, GlobalWafers to spend $5 billion on Texas plant

Could it be Beijing was right about games being bad for China?
Security28 Jun 2022 | 5

Carnival Cruises torpedoed by US states, agrees to pay $6m after waves of cyberattacks