Frustrated by reboot-happy Windows 10? Creators Update hopes to take away the pain 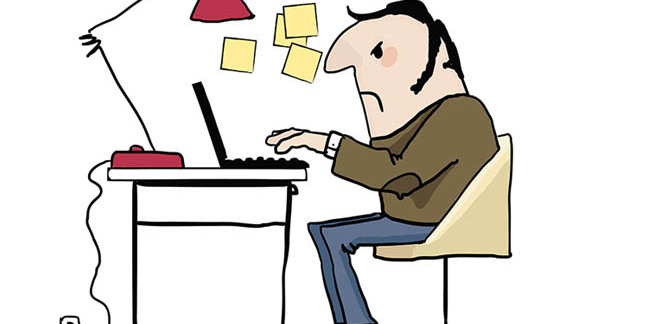 If you're fed up with Windows 10 downloading updates, installing them, and rebooting at awkward times all by itself, you're not alone.

Reg readers have been complaining ever since Microsoft tweaked its operating system in August: that change, introduced in the Anniversary Update, instructed the software to apply patches overnight and automatically restart the machine so they can take effect. The problem with that is, if you're not expecting it, you'll wake up in the morning to return to whatever you were doing the day before, and get a bit of a shock when you see an empty desktop.

"Since the Windows 10 Anniversary Update in 2016, there is no way to prevent Windows 10 [Home] from automatically installing updates and rebooting your PC," fumed one vulture fan, John, who added that a group policy can be set on W10 Pro and Enterprise editions to prevent automated restarts.

"There used be an easily configurable option for it, but it was removed in the Anniversary Update. For people like myself who leave processes running overnight, having Windows reboot without asking is not only annoying, but costly.

"Microsoft support seems to be unaware of how serious an issue this actually is. Yes, I understand updates need to be installed for security reasons, but no, I don't understand why the damn thing can't wait until I approve it."

Indeed, Microsoft touted this forced-update-and-reboot process as a selling point for its cloudy operating system. Begone Patch Tuesday, and welcome to rolling fixes that will patch holes in code before bad hombres can exploit them.

The downside of this, however, is that a lot of computer users don't want their computer to suddenly announce it needs to reboot, and they especially dislike reboots happening when the operator is away or otherwise hasn't OK'd it. This problem appears particularly prevalent when people leave machines running overnight.

It's clear that El Reg readers have been making their ire felt to Redmond as well, and in similar terms. So now Redmond has promised the issue will be addressed in the Creators Update for the OS, due out next month.

"Prior to the Creators Update, Windows 10 made most of the decisions for you regarding when updates would be installed, and didn't provide ways to tailor the timing to your specific needs," said John Cable, director of program management in the Windows servicing and delivery team.

"What we heard back most explicitly was that you want more control over when Windows 10 installs updates. We also heard that unexpected reboots are disruptive if they happen at the wrong time."

The new build will allow greater control via its "active hours" settings, where the user specifies the hours the computer should not be interfered with. Users will also be able to specify exactly when they want to update the OS, and will have a "snooze" option to delay any update until it's convenient.

Redmond is no doubt worried that this may all lead to less security patching. So it's adding an icon on the toolbar to let users know if there are fixes waiting to be installed.

In the meantime, prior to the big Creators Update, Windows users can get a greater measure of control by going into the Windows 10 Task Scheduler and clicking through Task Scheduler Library, then Microsoft, followed by Windows, and finally UpdateOrchestrator. In that screen is a function named Reboot – right-clicking on it gives the option to disable the reboot function for updates.

For what it's worth, even the latest macOS from Apple will update automatically overnight, rebooting the computer in the process, if you're not careful. If this irritates you, click on System Preferences and then on the App Store icon. This will open up the Options page and uncheck automatic security and operating system updates. Don't forget to apply them by hand. We trust you. ®

You know the deal: October 2019. Pwned by a spreadsheet. Patch your Microsoft stuff

Patch Tuesday On the bright side, nothing from Adobe to install this month

This November, give thanks for only having one exploited Microsoft flaw for Patch Tues. And four Hyper-V escapes

But first, you get a taste of it with host lifecycle management, and more waiting for K8s integration