User rats out IT team for playing games at work, gets them all fired 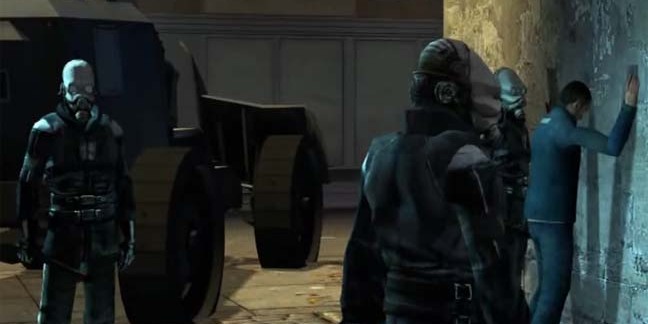 This week, a different perspective from “Gordon”, who doesn't work in IT. But one day, about a decade ago, he “had to walk through our IT department to pick up a projector”.

“Our IT department consisted of over 75 people at that time,” Gordon tells us, and on his trip to retrieve the projector he “was amazed at what was going on: half the department was playing World of Warcraft or Half Life 2.”

Gordon figured it wasn't his department, so why should he care.

Because two weeks later the company went down. Hard.

“We lost three days' worth of data,” Gordon told us. “The backup tapes hadn't been run each night like they were supposed to, the morning backups hadn't been done, everything was just lost. Working in the financial industry, the idea that we were going to have to go back through paper receipts for three days was terrifying.”

Gordon told us that “a hectic 48 hours later, the IT department managed to salvage most of the lost information.”

Cue a company-wide email from the CIO, “congratulating the department on their hard work and how dedicated they were in saving all the information.”

“This set my blood to boiling,” Gordon wrote. “I immediately replied to the CIO 'Maybe if your department wasn't playing video games during work hours and was actually doing what you paid them for we wouldn't have lost the information in the first place'.”

Gordon told us that “At the time I was a nobody” and didn't expect to receive a reply. But the CIO did write back and Gordon told him about the rolling frag-fest on the IT floor and suggested that if the manager came down from the C-suite he'd get quite an eye-opener.

The CIO didn't take Gordon's advice, but he did scan the IT department's computers to see what executables they could run.

“The next payday everyone of them was told to box up their stuff and get out,” Gordon told us. “And oddly enough, in the 10 years since, we've yet to have a crash of any kind that has lasted more than two hours, and have never lost a bit of data.”

So was Gordon right to rat out the IT team? You lot know where the comments are, and that if you have a similar story you should send it to me to secure your own slice of On-Call history. ®