RadioShack bankruptcy savior to file for, you guessed it, bankruptcy 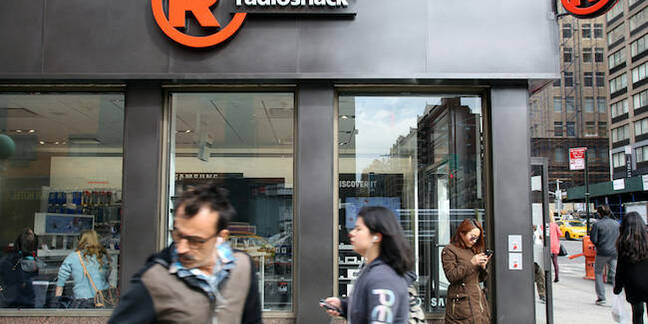 The company that arose from RadioShack's 2015 bankruptcy saga could soon itself be filing for bankruptcy.

General Wireless is reportedly on the brink of seeking protection from creditors and entering the liquidation process. The biz could not be reached for comment. The formal paperwork for the bankruptcy could be posted within a matter of days, it is claimed.

A liquidation of General Wireless will effectively mark the end of RadioShack, which opened its first store in 1921 and became a mainstay of electronics hobbyists through the rise of the home computing era.

The retailer was nearly liquidated outright in 2015 after years of struggling to keep up with competition from online stores and a financial plummet that saw the value of its stock fall so sharply it was removed from the New York Stock Exchange.

After reaching a deal with Standard General that included taking a reported $75m in credit and loans, RadioShack was able to keep around 1,400 stores open by converting them into joint retail locations with wireless operator Sprint, which got a portion of the floor space inside individual RadioShack stores.

The hope at the time was that having a combined mobile and electronics storefront would help attract more customers to the stores.

Complainant seeks damages for 'lost ability to earn a living'