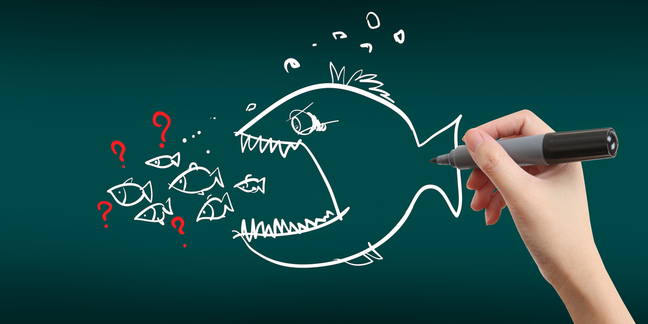 It's gonna be an HPE Nimble box from now on.

Not content with buying SimpliVity, HPE has signed a "definitive" agreement to gobble Nimble Storage for $1.2bn.

Nimble makes all-flash and hybrid arrays with six "nines" availability, that are monitored and managed with cloud-based analytics. HPE claimed these fit well with its 3PAR high-end systems and low-end MSA storage.

“Nimble’s storage portfolio complements and strengthens our current 3PAR products in the high-growth flash market and will help us deliver on our vision of making Hybrid IT simple for our customers.”

Suresh Vasudevan, Nimble CEO, said in a letter to customers that the firm will lean on HPE's global logistics network, brand and existing enterprise relationships to boost business.

Nimble claimed to have 700 all-flash array customers globally; reported compound annual growth rates of 65 per cent since floating in 2013; and a hallowed "leadership" berth in Gartner's Magic Quadrant for general purpose storage arrays.

HPE is coughing $1bn in cash for Nimble shares at $12.50 a pop and assuming responsibility for paying out Nimble’s unvested equity awards totalling $200m.

Yesterday, Nimble was capitalised at $731.86m with the shares valued at $8.60, so HPE is paying a significant premium.