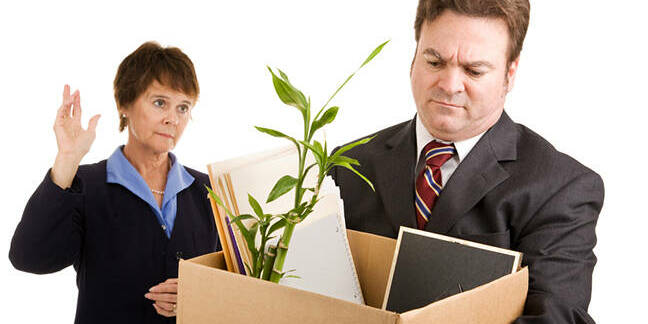 European governments have finally had enough of the head of the European Patent Office, Benoit Battistelli, and are pushing for a vote that could turn him into a lame duck president.

The EPO's Administrative Council is due to meet in Munich next week and on the agenda is a discussion over the appointment of a new president of the EPO.

In particular, the council is due to discuss publication of a vacancy notice for the job – something that would start the ball rolling on finding a successor to Battistelli in July 2018, and would immediately limit his ability to force through changes.

Although the agenda point is labeled "opn" rather than "dec," meaning that only discussion will take place rather than a vote and a decision, chair of the council Jesper Kongstad has already leapt into action, insiders tells us, in an effort to undermine the effort to oust Battistelli.

The council's board meets one month before the full Administrative Council meeting to shape the agenda, and the minutes of that meeting, on 16 February, show that the topic of hiring a new president was raised. It resulted in Kongstad announcing he would send out an email "with some proposals concerning the election process for the successor of the President, in order to facilitate the discussion."

That email has since arrived and, we are reliably informed, made plain that Kongstad intends to try to delay publication of the vacancy notice for as long as possible.

Kongstad argues in the email that three-quarters of the council's contracting states would have to agree to publication before it can be approved. That appears to go against the EPO's rules of procedure [PDF], which make it plain that votes only require a simple majority.

What the EPO chair is attempting to argue, it seems, is that the vacancy notice would in effect be a proposal put forward by himself, and that the EPO's "written procedure" rules should apply rather than the normal voting procedures.

The only way that could be true is if Kongstad in his capacity as chair blocks efforts by contracting states to hold a vote on the matter, and instead pushes it through the non-voting process.

That difference between 50 per cent and 66 per cent is the only thing that is keeping Battistelli in office. There have been repeated efforts by some European countries to pressure Battistelli to back down on his aggressive reforms at the EPO, and his intimidation and – critics argue – persecution of those who have stood up to him. But it has never been possible to get a majority of the council to vote him out.

Late last year, the French industry minister Christophe Sirugue admitted as much when he informed the French Parliament that he was furious over Battistelli's actions, including his decision to ignore a council resolution to suspend disciplinary proceedings, but noted: "I must admit that we lack allies in this matter."

The council resolution that censured the president for his actions required a 50 per cent vote. As such, it is very likely that with the Dutch minister and others indicating they have had enough of Battistelli, that threshold could again be reached to publish the vacancy notice.

It will however be much harder to get a two-thirds vote – which is why Kongstad is using his position as chair to try to force proceedings down that path.

If the discussion on getting rid of Battistelli does proceed to a vote at the next council meeting in June, it will not only give the EPO a year to find a replacement but also turn the difficult Frenchman into a lame duck president and drastically undermine his ability to push his agenda.

What EPO insiders are really concerned about, however, is that Kongstad may keep delaying the vacancy notice to give Battistelli more time and may even push it off long enough to propose an extension of his term for a further two years.

We have asked the EPO for its understanding of the voting requirements surrounding a vacancy publication for its president. We will update this story if and when the organization gets back. ®

King Battistelli out of control

Strike! EPO staff to walk out this Thursday

The silence of the racks is deafening, production gear has gone dark – so which wire do we cut?