In a raid on Intel's x86 server heartland, AMD has unveiled its next shot at server market glory with Naples, a 32-core, 64-thread CPU based on its Zen microarchitecture. 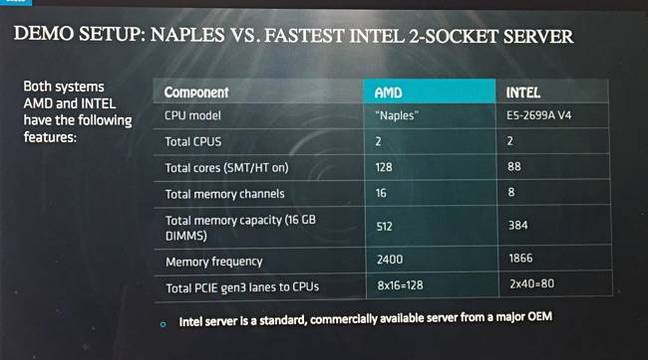 Naples will be able to directly attach multiple Radeon Instinct GPUs to accelerate things like VDI and image-processing workloads. 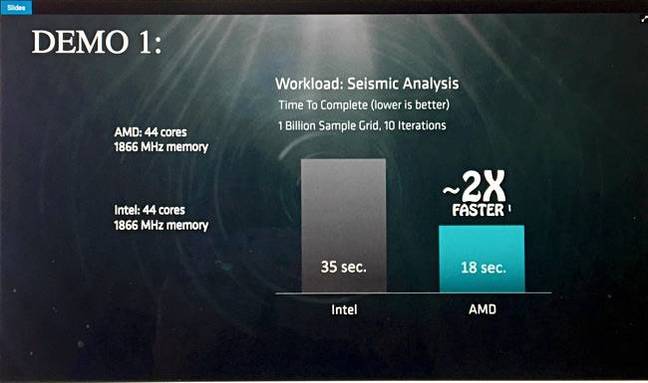 When Naples ran with 64 cores, it outperformed the Intel system by 2.5X.

Norrod asserts that "two-socket servers built with [Naples] will have the flexibility, performance and security to support workloads that once required 4-socket or larger server configurations. [Customers] can support even more virtual machines per server in virtualised and cloud computing environments. In addition, they can process even more data in parallel, and execute even more high-performance computing workloads that require massive parallelism."

The first Naples processors should be available between April and June with volume availability in the second half of the year through AMD's OEM and channel partners. ®