Audit uncovers rows over what was required, deliverable 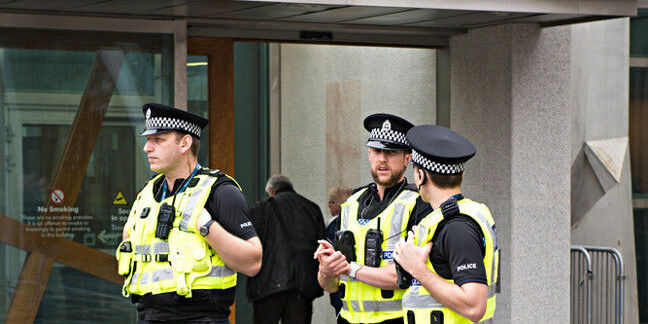 An audit into Accenture and Police Scotland's disastrous attempts to develop a unified IT system has found that the project collapsed because Accenture underestimated the programme's complexity and the resources needed to develop it, alongside a breakdown in the two parties' relationship.

Published this morning, the report by Audit Scotland into the bungled i6 project, which was intended to save £200m over a decade, ultimately left enormous capability gaps in Police Scotland's IT.

After Scotland's eight police forces merged in 2013, the new national force embarked on a project to build a national IT system. Accenture was awarded a fixed-price contract, worth over £46m, to oversee the system's construction.

However, within weeks, and despite 18 months of pre-award discussion, Police Scotland and Accenture disagreed about whether the proposed system would deliver the requirements set out in the contract.

This conflict contributed to the i6 contract being terminated in August 2015. Accenture paid £24.65m back to the Scottish Police Authority the following July, refunding the £11.1m that had been paid to that date, as well as a £13.6m settlement.

Caroline Gardner, the auditor general for Scotland, said: "Modern policing faces financial and operational challenges. Given the role that i6 was to play in police reform, there is an urgent need for a frank assessment of Police Scotland's IT requirements, and how these can be delivered alongside the vision set out in the recent Policing 2026 draft strategy."

Martin Leven, Director of ICT at Police Scotland, said: "Police Scotland acknowledges Audit Scotland's review of the i6 project which recognises that good practice was followed in planning and procurement."

While ultimately the project did not deliver what it set out to, Police Scotland was committed throughout to working with the supplier, Accenture, and the Scottish Police Authority, whilst maintaining the integrity of ongoing discussions during that process and commercial elements of the contract.

i6 was an important element of Police Scotland's ICT plans – but not the sole element. Since 2013, more than 30 national applications have been implemented successfully. This includes replacing or upgrading a significant amount of outdated hardware and real progress has been made towards the delivery of a new national network and standardised modern national desktop computers. Within six months of the decision to end i6 a new National Custody System was successfully launched across the country which was one of the key requirements of the i6 project.

A Digital Transformation Team (DTT) has been formed to provide support to the review, planning and resourcing of ICT-enabled projects, potential projects and technical proposals within Police Scotland.

Consultation is currently under way on 2026 – our 10-year strategy for Policing in Scotland – which recognises the importance of technology and the use of ICT to enable officers to carry out their roles.

A spokesperson for Accenture told The Register: "As the report acknowledges, the scope and the complexity of the solution for i6 increased significantly during the project. This was driven by the client. There were challenges and issues on both sides, but we worked closely with Police Scotland to review the programme and recommend revised plans to successfully deliver i6. Despite our best efforts, it was not possible to agree the necessary changes and we mutually agreed to end the project." ®