'We have listened to criticism of our business,' says chief exec Gavin Patterson 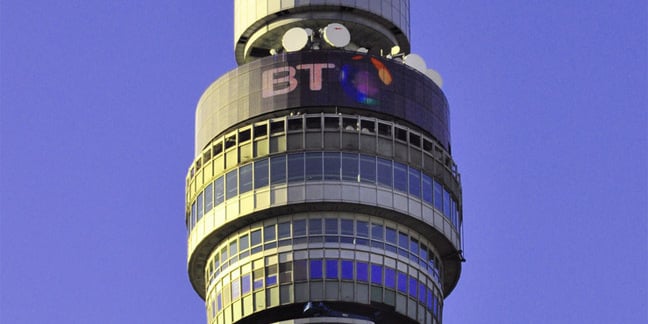 Under the agreement 32,000 staff will be transferred from BT to work directly for Openreach, with all BT brands to be removed from the network provider.

The decision follows a year-long dispute between BT and Ofcom over the terms under which Openreach ought to be separated. The deal means Ofcom will no longer have to go to Brussels to enforce a new structure.

In its release the regulator described the agreement as a conclusion to"the biggest reform of Openreach in its history".

Under the agreement Openreach – and its directors – will be legally required to make decisions in the interests of all Openreach’s customers, and to promote the success of the company. The Openreach Board will run the company.

It will be obliged to consult formally with customers such as Sky, TalkTalk and Vodafone on large-scale investments.

Sharon White, Ofcom chief executive, described the agreement as "significant". She said: "The new Openreach will be built to serve all its customers equally, working truly independently and taking investment decisions on behalf of the whole industry – not just BT.

“We welcome BT’s decision to make these reforms, which means they can be implemented much more quickly. We will carefully monitor how the new Openreach performs, while continuing our work to improve the quality of service offered by all telecoms companies.”

The reforms have been designed to begin this year.

Gavin Patterson, BT chief executive, said: “This has been a long and challenging review where we have been balancing a number of competing interests. We have listened to criticism of our business and as a result are willing to make fundamental changes to the way Openreach will work in the future.”

He said the agreement will act to serve the long-term interests of millions of UK households, businesses and service providers that rely on our infrastructure. "It will also end a period of uncertainty for our people and support further investment in the UK’s digital infrastructure." ®