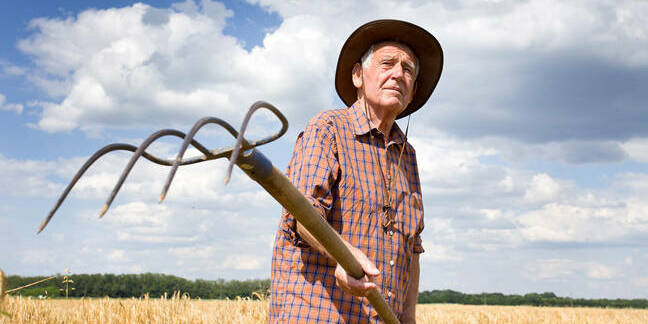 A tribunal has found cold calling salespeople to have illegally bullied a farming couple in Australia into purchasing 2,040 printer ink cartridges.

The cow-herding couple, Rod and Charmaine Sharp from Melbourne, who have a single home printer according to the Brisbane Times, usually took 10 months to get through a cartridge, but were forced to buy 1,700 years worth by the persistent salespeople of Melbourne-based Corporate Office Supplies.

Those cold callers at the office supply company were this week ordered by the Victorian Civil and Administrative Tribunal to pay the Sharps more than Au$90,000 after illegally selling them the ink during a cold-calling campaign which began in 2015.

Mrs Sharp told the tribunal that the cold callers refused to take no for an answer, forcing her eventually to buy 56 cartridges, more than she would ever need, for the sake of an easy life. However, having scented blood, the company continued to call, going on to sell her vouchers for another 1,984 ink cartridges.

Distressed by the bullying, Mrs Sharp didn't tell her husband about the payments, which totalled nearly Au$80,000. According to the Brisbane Times, the office supplies company began to make "aggressive demands for debt collection" shortly after the purchases were made, with some of the phone calls being taken by the couple's young son.

The tribunal's deputy president, Ian Lulham, ruled that Corporate Office Supplies had acted unconscionably in selling the "frankly ridiculous quantity" of cartridges to the family. The company did not file a defence, but denied that Mrs Sharp was ever bullied or harassed and was able to not buy the ink.

"[They] may as well assert that Mrs Sharp agreed to buy the Sydney Harbour Bridge," Lulham noted, before calling for the company to be investigated by the consumer affairs watchdog in Victoria. "It is not overstating the position to say that any business which sold over 2,000 cartridges to a business that owned one printer acted unlawfully," Lulham said. ®

IT buyer? Had enough of pesky resellers cold calling? You aren't alone

Up to 40 calls a day, three hours wasted

Users shop cold-calling telco to ICO: 'She said she was from Openreach'

Cold calling director struck off for ‘flagrant’ breach of duties

Complaints up 24% as horrible humans rake in the readies

If Matt Hancock says it's a bad idea, it's a really bad idea

You're going to have stop calling people 'cold fish': THIS one is HOT-BLOODED

So what does ‘warm’ actually mean here, anyway?