Pennsylvania sues IBM for fraud over $170m IT upgrade shambles 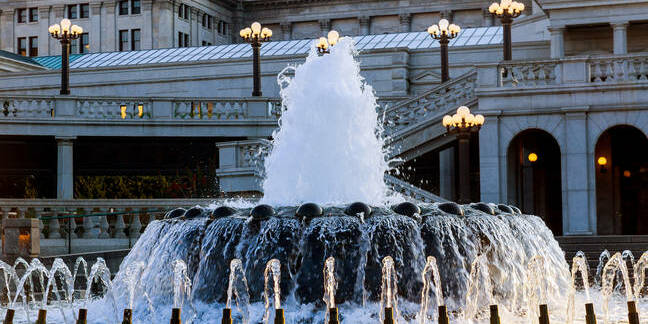 IBM has been accused of fraud for under-delivering an over-budget IT upgrade to Pennsylvania's unemployment compensation systems.

The US state's governor Tom Wolf (D) has sued IBM over the upgrade, which saw Big Blue collect millions of dollars in cost overruns on the $110m contract. The contract was issued in June 2006 but quickly went $60m over-budget and fell three years behind its delivery schedule. It has still not been completed.

“All told, Pennsylvania taxpayers paid IBM nearly $170 million for what was supposed to be a comprehensive, integrated, and modern system that it never got,” Wolf said in a statement on Thursday, claiming that IBM had failed to integrate the various data processing systems that Pennsylvania used to handle employers' and the unemployed's tax payments.

“Instead, the Department of Labor & Industry has been forced to continue to support many of its UC program activities through a collection of aging, costly legacy systems, incurring tens of millions of dollars in server, support and maintenance costs.”

The contract was awarded to IBM after a three-year bidding process, and according to the complaint was thus awarded because of Big Blue's representations that it was the only vendor with the type of proprietary databases capable of providing a totally integrated computer system.

“Despite being paid nearly $170 million, IBM never delivered the modern, integrated [computer system] it commit[ed] to build, instead delivering failed promises and a failed project,” alleged the complaint, which additionally claimed that: “Frequent IBM personnel churn came to be a defining feature of the … project”.

The complaint also accused IBM of making repeated misrepresentations about the prospects for completing the project, and accused the tech giant of breach of contract, fraudulent concealment and negligent misrepresentation, for which it seeks unspecified damages.

IBM had said it will vigorously defend itself against the claims of the Commonwealth of Pennsylvania, which it says are without merit. ®

IBM resurrects Netezza data warehousing kit in the cloud, which will delight clients midway through migrating

Back from the dead: Appeals court resurrects lawsuit claiming IBM stiffs its own salespeople on commissions