The gospel according to Blockchain, or is it the other way round?

Analysis Startup Gospel Technology is evangelising the use of Blockchain to secure and verify sharable data.

Blockchain technology provides a way of doing this, claims Gospel, which says it's found a simpler way than any alternative methods. The early stage firm was founded in December last year by CEO Ian Smith, who was co-founder, owner and CTO of Butterfly Software, a company IBM bought for an undisclosed amount in September, 2012, for its data centre storage planning and migration tool software.

Smith, who was a storage transformation consultant at Dell before founding Butterfly, spent three years at IBM, finishing up as worldwide VP for flash and software-defined solutions. In May, 2016, he became the owner and managing director of Kingwood Estate, an English vineyard making sparkling wines in the Thames Valley near Henley On Thames.

The idea behind Gospel Technology is that a business has information chains with its suppliers, contracting agencies, partners, customers, regulatory authorities and so forth.

If it supplies information to other businesses then it has no control, except maybe contractual, over what that business does with it. An HR department could send hundreds and thousands of employee names to a travel agency which arranges business travel and that agency could send some or all if it to airlines who could do the same.

As soon as the information leaves the originator’s premises, then, in today’s internet-connected world, there is effectively no control over its privacy, security, validity and correctness.

This is where the firm claims Blockchain can provide the validity and correctness – and its product can the security and privacy. 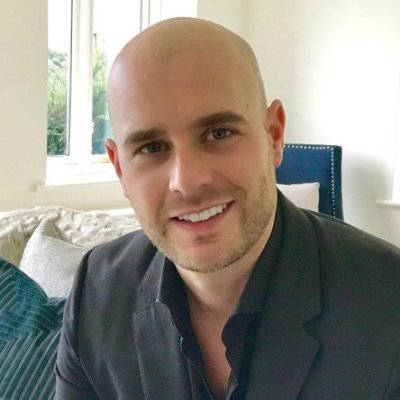 Gospel Tech claims it’s is “pioneering the use of this immutable [Blockchain] record system to fully automate 'trust' into the interconnected global systems of the forward thinking enterprise.”

It is building an Enterprise Trust Fabric built on the Linux HyperLedger which features record immutability, cryptographic provenance and decentralised consensus. Gospel says it has enhanced the blockchain technology to enable it to operate with the stability and scalability essential to large enterprise businesses that operate in cloud-like environments.

It enables the privacy, security, control and validity of a centralised system in a decentralised environment, it says.

Overall target use cases are business exchanging any kind of digital information that needs to be trusted and private, and the Internet of Things.

Smith wrote an introductory article about the firm on LinkedIn in January, in which he said the “Enterprise Trust Fabric is based on a private, permissioned blockchain that has been engineered and enhanced by Gospel technology to deliver a platform that rethinks trust and confidence in a world that is essentially perimeterless and trustless.”

We might expect more news from the firm later this year.

What is a blockchain?

As we generally understand it - meaning blockchain experts, be gentle - a block chain is a distributed database (digital ledger) holding a chain of data blocks in which the first block is composed of its data contents plus a prefix which is a hash of the data in the block. The next block in the chain has a data hash prefix which is a hash of the entire preceding block, and so on through the chain. It is a hashchain within a hashchain.

Any data added to the chain of linked data blocks is appended. Nothing is deleted or over-written or has data inserted between existing data items. Data is immutable, which is great where that absolutely needs to be the case, and the blockchain can represent a proof of work..

The verifiability and trust of blockchain transactions happens because parties involved compute the blockchain; each having a copy of the blockchain. Everyone thus verifies and audits transactions. Gospel reckons that in private sharing environments, less system overhead is needed to reach consensus because it can rely on fewer nodes being needed to arrive at a believable consensus.

Reading and writing data to a blockchain database is CPU-intensive and network intensive and becomes more so as blockchains get longer and larger in number and users.

What is a hash?

In Blockchain a hash is a cryptographic number function which is a result of running a mathematical algorithm against the string of data in a block and results in a number which is entirely dependent on the block contents.

What this means is that if you encounter a block in a chain of blocks and want to read its contents you can’t do it unless you can read the preceding block’s contents because these create the starting data hash (prefix) of the block you are interested in.

A blockchain database is thus organised quite differently from a relational database.