Family of technician slain by factory robot sues everyone involved 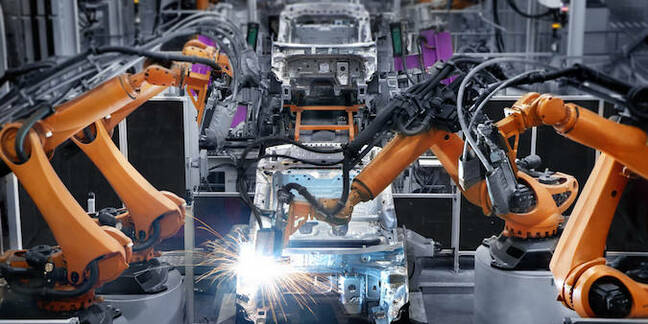 The family of a repair technician killed in an auto parts factory accident is suing five robotics companies they say are responsible.

In a suit [PDF] filed to the Western Michigan US District Court this week, the family of Wanda Holbrook claims that the companies that built, installed, and maintained the robotics at a trailer hitch assembly plant should be held liable for her fatal accident at the plant in 2015.

According to the lawsuit, Holbrook, a journeyman technician, was performing routine maintenance on one of the robots on the trailer hitch assembly line when the unit unexpectedly activated and attempted to load a part into the unit being repaired, crushing Holbrook's head.

Now Holbrook's estate is suing the three companies that built the robots (Fanuc America, Nachi Robotic, and Lincoln Electric) for failing to design adequate safeguards and protections into the robots. They're also suing two other companies that installed and maintained the unit (Flex-N-Gate, Prodomax) for failing to prevent an accident they say would have been avoided had safety been a higher priority.

"A failure of one or more of defendants' safety systems or devices had taken place, causing Wanda's death."

The suit marks a grim but potentially important issue that will arise as more workplaces phase out manual labor in favor of robotic workers. When one of those units malfunctions and injures or kills human staff, just who should be considered liable?

In this case, attorneys argue that the companies that built the robot should be forced to pay damages, as they failed from the start to institute basic security controls that could have prevented the accident.

"At all relevant times, technically feasible alternative design and engineering practices were available that could have prevented the harm without significantly impairing the usefulness or desirability of the automation system to users and without creating equal or greater risk of harm to others," the suit reads.

Shameless Facebook treats its poor human moderators like absolute dirt. But y'know what it does treat right? Robots

If you've dreamed of advancing human obsolescence, your time is at hand