Manchester college swaps out disk for rackful of hybrid flash 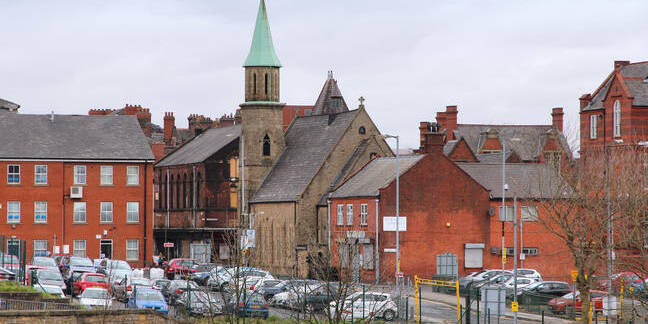 A hybrid flash/disk array is replacing several disk arrays at a UK college and shows the way mainstream disk array replacement is heading towards flash for primary data applications.

Bolton College in the UK has replaced eight Dell EqualLogic disk arrays used for databases, virtualised servers and virtual desktop environments with a single Tegile T3630 hybrid array. Because flash arrays are so much faster, the college has found a 57 per cent reduction in its storage requirements, falling from 43TB to 19TB. The primary storage capacity need to run the VDI application has dropped from 4TB to under 1TB.

The eight EqualLogic PS Series iSCSI arrays stored 43TB of data and the first ones were acquired in 2010. By 2016 they were supporting 450 VMware Horizon View virtual desktops and a VMware environment supporting some 12,000 students and 500 staff with their application, database and file storage needs. Data was spread across multiple SANs on the eight EqualLogic arrays, and these arrays, although operationally good, had come to the end of their life from a Dell support point of view.

Bolton College, a further education institution, said it looked at potential replacement systems from Dell, EMC, Fujitsu, NetApp, Nimble and others. Fujitsu is a current server supplier to the college which has some 40 servers and some 1,600 devices on its network, spread across its main site in Bolton and a few outlying Community Learning Centres.

Tegile’s T3630 was selected because of, amongst other things, its price effectiveness and features. The college team apparently also liked the possibility of consolidating all its storage requirements onto one box which would be easier to manage than eight separate arrays, and take up less physical space.

The VDI app runs out of flash, giving the College the performance it needs, while less demanding applications use the disk storage for bulk capacity with flash acceleration where needed. Thus footage from the college’s 170 onsite CCTV cameras to is now stored on the T3630’s disk storage.

Irfan Patail, the senior infrastructure engineer at the college has a quote in Tegile’s account of the sale: “Our VMware VDI environment is currently running 450 VMs. With Tegile’s flash array we could easily double that figure without any impact on user experience and storage performance whatsoever, both in terms of IOPS and Latency. Additionally, from a capacity perspective we are seeing significant reduction in space through the compression and dedupe Tegile delivers.”

The T3630 has active:active high-availability controllers, and 13.5TB of raw flash and 52TB of raw disk, which, with data reduction can mean a effective 36TB of flash and and overall 87 TB of capacity according to Tegile. It comes with an 8U rack space requirement and has Fibre Channel (FC) and Ethernet connectivity and supports up to four expansion shelves.

Access protocols include iSCSI and FC block, and NFS, CIFS and SMBv3 file. Tegile has cloud-based analytics accessed through an Intellicare Operations Center portal, and they can check array capacity usage, configurations, system health and performance and provide predictive support.

The college says the T3630 needed a day to be installed in a rack and configured, followed by a half day of training – pretty straightforward.

This is a mainstream small and medium business-type example and there must be tens of thousands of similar disk array deployments heading towards the end of their support life. The attractions of modern hybrid and all-flash arrays are now such that customers can get space savings, power savings, cost savings and admin effort savings just like that.

Performance data goes to flash and the bulk data stays on disk – classic flash and trash design. Cloud-based, predictive analytics is the modern way as well and any supplier not ticking this box is at a disadvantage.

Most suppliers have hybrid flash/disk arrays. Dell, for example, has its PS6210XS – it’s common enough technology, and the buying decision comes down to other things like admin effectiveness, access protocol range, price and so forth. It’s inevitably a channel sale and so channel partner quality is also important – it was NexStor in this case.

Ironically the T3630 has now been replaced in Tegile’s line-up by a T4000 range product, which includes a T4630 with 30 per cent flash and 70 per cent disk. So that’s the upgrade path sorted out.

El Reg has asked Dell EMC to give us its opinion and we'll update the article if it comments. ®