Review Huawei began to make significant inroads into the premium phone business in the West last year with its heavily promoted P9 models, and the Chinese giant has got this year’s shot at the market in early: ahead of Samsung and HTC.

The story of the P10 flagship is quite straightforward. Huawei has refined the P9, given it some zip, and added one major new feature: the ability to dispense with the fiddly onscreen navigation bar. 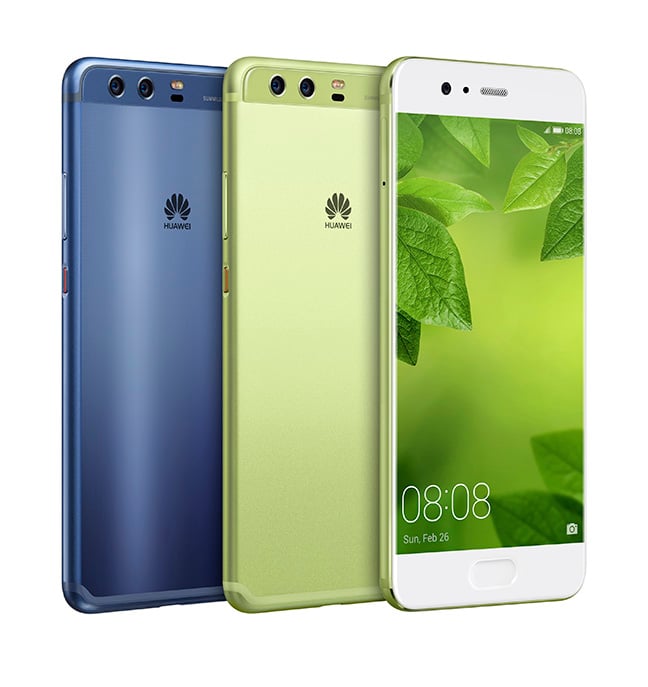 Otherwise the proposition stays the same. It’s a smart and powerful slimline offering with solid radio performance and good battery, naggy software and the fun dual lens Leica-branded imaging unit. At least, that’s the story on the “regular” P10 reviewed here. For like other phone makers, Huawei seems determined to confuse, with Plus sized and Lite P10 phones that are really quite different in character and important features. (The P10 Lite, just announced, is half the price, and bears only a physical similarity to the regular model.) The P10 Plus is actually where the action is, provided you are comfortable with a larger (5.5inch display) model, and offers better value.

Although the P series design language remains the same, Huawei has added some colour to the range, and moved the fingerprint sensor round to the front. This is so users can take advantage of what is a multitouch sensor to perform the three main functions of a soft navigation bar: go bar, go to the home screen, and show the task switcher.

We’ve already discussed this here recently. The tl;dr? It can take a couple of days to get adjusted to swiping to navigate, but if it clicks, you won’t want to go back to fiddly, disappearing on-screen navigation. 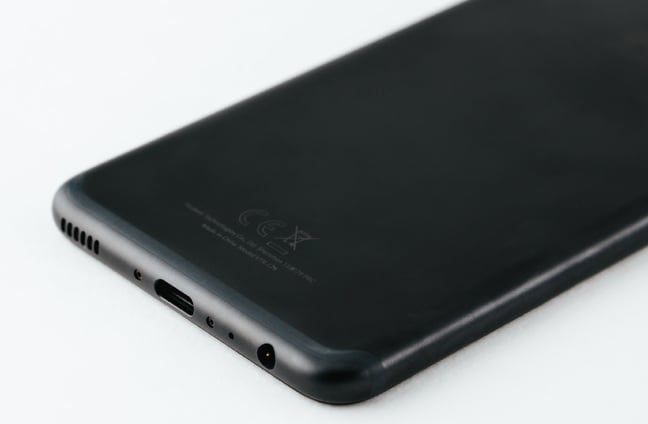 The P10 isn’t cheap, but "cheap" is relative in a moving market.

“Not as cheap but not as expensive as the others,” is how Huawei’s European consumer chief Walter Ji described it in a recent interview. Key rivals have raised the prices of their flagship models, so that Google’s Pixel XL checks out at £719.99 SIM-free, while the imminent LG’s G6 will be £200 more expensive than last year’s G5. Huawei hasn’t yet disclosed UK pricing but we understand that it will in the £500 to £549 range, with the European price set at €649.

For your money, you don’t get the “full package” of waterproofing and wireless charging that Samsung’s Galaxy S7 offers nor, say, the audiophile features of the HTC 10 or LG G6, both of which feature a high-quality DAC (24bit and 32bit respectively).

The UX: Less freaky, but still a little naggy 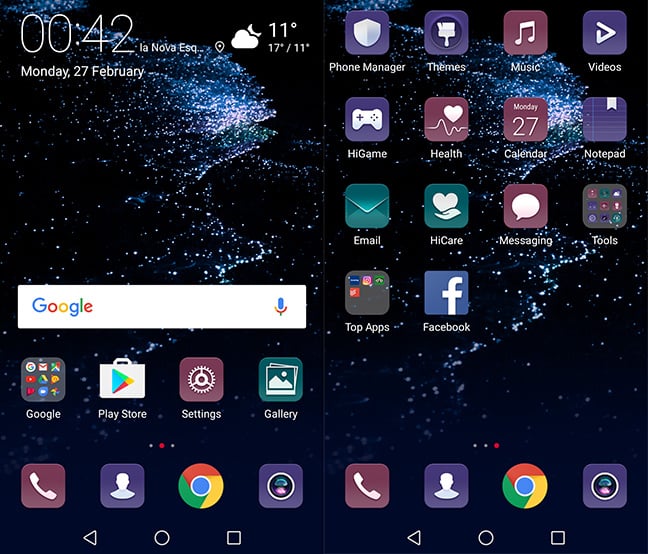 The default home screen, with the conventional soft navigation bar turned back on

Although they've barely been on the market in the UK for three years, Huawei phones acquired a reputation for good quality design and radio performance, cracking value and, er, ... a UI that if you were a diplomat, you would charitably describe as both “eccentric” and “attentive.” There are other ways of describing it.

This is expressed in two ways: regular power consumption notifications, and a heavy non-stock launcher that seems to have evolved on some distant planet. Let's take the first. China's phone users are perhaps tolerant about being asked to close down power-guzzling apps, or at least used to it by now. But this insistent paternalism is annoying to this reviewer. And I’m afraid to say that while Huawei has toned down the nagging a little bit, it still irks.

Without fail, the P10 reminded me at least every two hours that something that consumes the battery has been left running (jeez, it’s an Android phone – we know), and sometimes more often than that. Huawei has hired Apple designer Abigail Brody to revamp EMUI.

But if Huawei could copy just one part of the Apple design philosophy please let it be this: show as few superfluous alerts as possible. We are already drowning in notifications from Android apps as it is, without more.

Under the hood, the P10 incorporates the blazingly fast new silicon, and the new UI tweaks brought in with EMUI v5.0 in the Huawei Mate 9.

This is now upped to version 5.1. The 5.x UI tweaks mean you can now choose to use a conventional app drawer in the Launcher, for example, rather than the iPhone-like arrangement, whereby apps always reside on the homescreen. A darker, more customisable quick settings panel is also evident. EMUI 5.1 earns its point release because of its support for the multiswipe sensor, and new machine learning algorithms that purport to reduce long-term fragmentation and increase app startup times.

Having only had the device since Barcelona, it’s too early to say how effective these are, but the P10 doesn’t lack zip.

We also find Huawei, like Samsung, increasingly duplicating Google apps, reasoning that if China can get by without Google, perhaps you can too.