Ofcom wants automatic compensation for the people when ISPs fail

Ofcom has begun consulting on the UK government's desire to compensate consumers and SMEs when telco companies fail, as set out in the Digital Economy Bill, even though the Bill hasn't reached the Royal Assent stage yet.

Ofcom interprets the crowd-pleasing gesture as involving automatic compensation for delayed services, delayed repairs or missed appointments. It wants SMEs to be able to receive compensation too, as well as consumers. 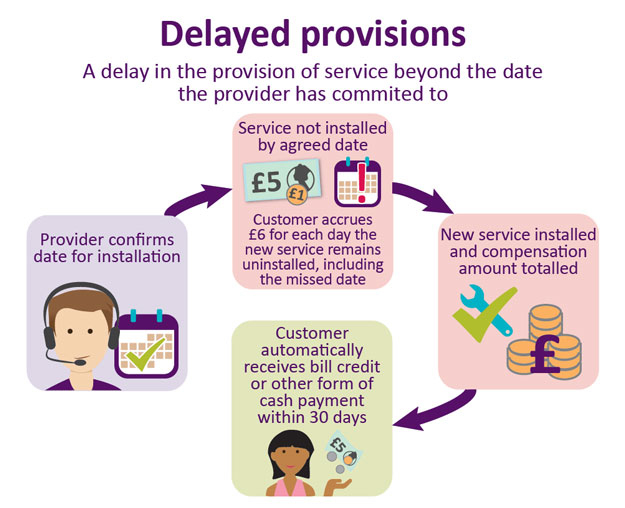 Graphic artists: reimagine this but for disappointing Wikifacts. Winner gets a T-shirt.

Unfulfilled installations would incur a compensation payment of £6 for each day and delayed repairs £10 a day, if the repair isn't made after two days. Missed appointments incur an automatic £30 compensation fee. The charges would be received by the customer within 30 days as a credit or cash payment.

The pledge in the Digital Economy Bill takes the form of an amendment to Section 51 of the 2003 Communications Act.

The Bill's language (above) doesn't specify telcos, but actually refers to "digital services", raising the tantalising prospect of punters getting a fiver out of Wikipedia for an incorrect Wikifactoid, or from Google for some irrelevant Google search results. But alas, the 2003 chapter refers to electronic communication networks, not the "digital" services on top of them.

Phew. Where would it all end? ®