'Messy divorce' would help no one 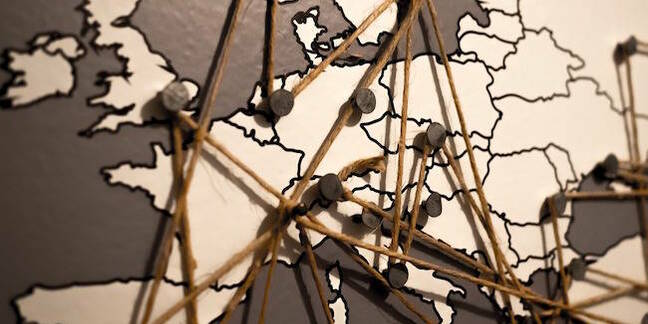 UK Prime Minister Theresa May is warning that failure to negotiate an agreement on Britain's exit from the European Union could damage security cooperation. The tough line - contained in Wednesday's historic letter triggering Article 50 - has re-focused minds on the possible security implications of Brexit.

"In security terms a failure to reach agreement would mean our cooperation in the fight against crime and terrorism would be weakened," the prime minister warned.

The warning strikes a tougher line than that previously pushed by diplomats and security experts whose consensus view is that some form of security co-operation post Brexit will be achieved because it is mutually beneficial.

For example, during a UK Home Affairs select committee hearing late last month, Sir Julian King, EU Commissioner for the Security Union, was clear in saying that national security intelligence sharing is *not* going to be affected by Brexit. The UK will still work with the French, Germans and Sweden etc. on counter-terrorism as before post Brexit, according to the senior British diplomat.

May's warning might be read as a sign that the political position has changed but it's more likely a negotiating gambit designed to focus minds across the continent. It's a reminder of Britain's capabilities in signals intelligence and other areas. Whatever happens with Brexit the idea that Britain would withhold intel on the travel plans or communication of suspected terrorists from its neighbours is implausible - not to say counter-productive and dangerous.

The UK's main national security and intelligence sharing partners are fellow members of NATO and members of the Five Eyes alliance (US, Canada, Australia, NZ), respectively. Neither of those arrangements is going to be affected by Brexit. In addition, France and Britain co-operate on defence outside the EU under the Lancaster House Treaty.

How co-operation on cybercrime across Europe might work post Brexit is less settled. Europol, the pan-EU policing agency headquartered in The Hague, is an EU institution. That means the UK won't be on the board at Europol post-Brexit, for one thing. Some affiliate status with Europol is possible however the risk exists that the UK will be "cut off" from the "full intelligence picture" after ‪Brexit‬.

EuroPol already co-operates with non-EU countries. A framework is already in place and practically applied, in the form of close co-operation with US law enforcement authorities.

Brian Honan, an advisor on internet security to Europol's European Cybercrime Centre but speaking in a personal capacity, told El Reg that he remains confident terms of a working relationship between UK cops and their Euro counterparts post Brexit can be thrashed out.

“Cybercrime is an international problem with criminals not respecting borders or worrying about what treaties are in place or not," Honan explained. "Europol has played an important part in coordinating international cooperation between EU Member States and those outside of the EU. While the UK may not have as direct and active role within Europol after Brexit as they do now, I hope common sense will prevail and appropriate arrangements put in place to enable the ongoing fight against cybercrime to continue post Brexit,” he added.

Co-operation is some form post Brexit between law enforcement investigators would therefore seem to be fairly straightforward to negotiate. The future of the European Arrest Warrant is a trickier and more politically contentious issue, already the subject of a Lords select committee inquiry. The UK government wants "bring an end to the jurisdiction of the Court of Justice of the European Union in the UK" which points towards phasing out the EAW. The last thing the UK government wants is to become a no-extradition haven for European criminals. It will also want a mechanism for fetching UK crooks from the Spanish Costas and elsewhere, of course. Peers are holding hearing on options for replacing the European Arrest Warrant (EAW) after the UK leaves the EU.

Rob Wainwright, the director general of Europol, explained the importance of the EU institution to UK policing agencies in fighting organised crime and terrorism.

"To help keep Britain safe from these threats, its law enforcement community has become dependent on the unique operational benefits offered by key EU instruments: over 3,000 cross-border investigations of organised crime and terrorism were initiated last year at Europol by UK agencies, a rate 25 per cent up on the year before," Wainwright said, the BBC reports.

Continued post-Brexit co-operation on security is necessary to avoid the risk of both sides losing out, policy analysts warn. Despite this mutual interest reaching an agreement is likely to be far from straightforward.

"Brexit may pose more immediate day-to-day challenges to UK and European security rather than defence," a recent study by the Rand Corporation concluded. "However, both are likely to be subject to long-term uncertainty and change."

"Both sides risk becoming weaker and less secure if Brexit negotiations provoke a 'zero-sum' approach to defence and security and a ‘messy divorce’," it added. ®