Protects against trolls maybe. But not Google 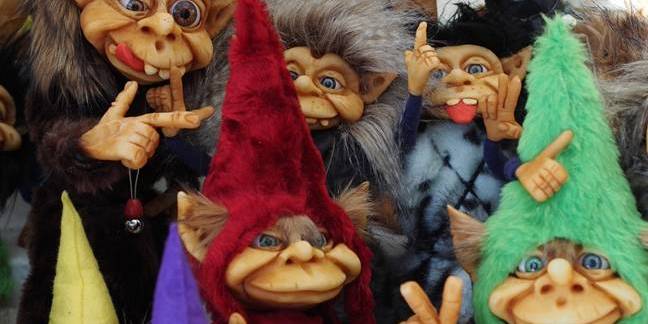 Samsung, LG and Foxconn are among the founding members of a patent pool for Android phone makers under Google's benevolent eye. Google hopes the "community-driven clearinghouse" for IP sharing will fend off patent trolls.

Google already operates a non-aggression alliance for Android phone makers called License on Transfer, launched 2014, in which patent holders agree not to use them aggressively against other members after the sale of a patent. The LOT Network is run by ARM's former head of IP, Ken Seddon. That move was designed to deter NPEs (Non-Practising Entities, aka trolls) from buying up industry-standard patents already in patent pools to collect royalties, and stemmed from Google's panic purchase of Motorola in 2011 for its IP portfolio.

Microsoft and large Chinese vendors are notable by their absence from PAX.

Stories involving Google protecting against IP theft are always rich in irony. While all phone makers are wary of patent trolls, they are even more wary of incorporating innovations that upset Google. Testimony in the Skyhook Wireless vs Google case revealed that Google halted Motorola's production lines – affecting over 40 models – until Moto removed its preferred location service from Android and used Google's instead. (Larry Page complained that Skyhook's location data was "contaminated". )

Ironically, five years earlier, Google had licensed Skyhook's location finder, figured out how it worked, and copied it, Skyhook alleged. Days before its IPO in 2004 Google paid Overture over $300m, and gave Yahoo! valuable Google stock, in order to settle IP issues. Overture had pioneered the "programmatic" advertising model on which Google's fortune was built.