Zuckerberg said this laudable aim is going to be achieved by artificial intelligence; the head of global safety Antigone Davis says the heavy lifting will be done by “specially trained representatives from our community operations.” 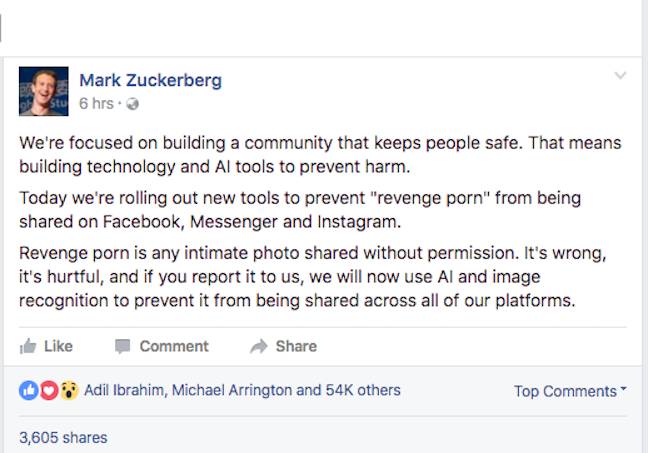 It's after that point that technology gets involved, Davis explained: “We then use photo-matching technologies to help thwart further attempts to share the image on Facebook, Messenger and Instagram.”

Someone trying to share a reported-and-removed image will get a warning and the share will be blocked. Facebook also promises to “partner with safety organisations” to support victims.

So in The Register's reading, there's a bit of AI for the photo-matching (well, maybe, it's probably simple file hash checks or similar), and all in all, somewhat less than Zuckerberg seems to believe.