Analysis File sync and sharer Egnyte expanded into content governance midway through last year as the collaborative file access market's maturity came into view. But the now-profitable company is not looking to make a debt-fuelled dash for growth.

CEO Vineet Jain reckons Egnyte revenues can grow at 30-35 per cent without more venture capital funding for topline growth. How so?

The company pivoted to content governance with Egnyte Protect in June last year. This runs alongside the existing Egnyte Connect file services, like sync and share, product, and, indeed, uses the metadata it accumulates. The Protect product is about finding, protecting and managing content easily across repositories, both on-premises and in the public cloud.

Will all data go to the public cloud? Jain says not: "Remember the paperless office?" Of course; we still use paper, though less of it than before. 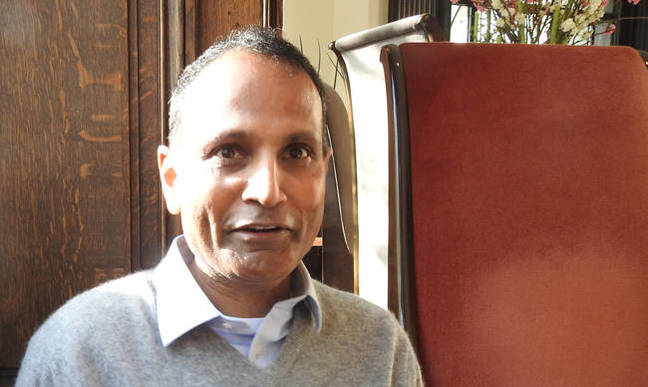 Jain believes in a hybrid world, thinking that business will store and use data both on-premises and in the public cloud, and want ways of moving data between the two and managing/controlling its access and use. Egnyte can make a start on doing this because its Connect product generates and accumulates masses of data about file access; by who, when, from where, how, what was done and more. It already keeps a check on a file's state for its Connect product and this is obviously extensible to the Protect product.

We shouldn't take Protect in the literal backup sense. It's more about protecting access and regulatory compliance, such as the GDPR data residency constraints.

Egnyte calls this activity content governance and other suppliers are active in the area, such as Commvault. But Egnyte does not see itself competing with that enterprise data backup, archiving and management supplier, nor does it see itself competing with backup firms like Veeam, Druva and others, or pure security players or cloud storage gateways, although its offering has elements of some of these, such as security.

A variety of players in different areas – file sync and share, security, backup and archiving, and secondary storage silo convergence – are all seeing possibilities for growth with data governance as public cloud data silos multiply. Such hybrid cloud content governance is a relative green field and Egnyte claims its Protect business there is booming. "Things are on fire. We're scrambling to build a go-to-market team," Jain said.

Initially sales have gone two-thirds to existing Egnyte customers and one third to new customers. It looks as though Egnyte can fund this GTM team building itself.

So there is enough demand in the market and a way to fulfil it through existing channels, without needing a fresh infusion of capital to pay for the marketing and channel enlargement otherwise needed.

Jain says Egnyte entered breakeven in the second half of 2016, was briefly profitable in the fourth quarter, and is now profitable. Funding for breakneck growth is not for him. "I don't know how to build a company that way, with profitability in the far future. I don't need [such] funding to grow."

He said he might think of raising more money than the existing $62.5m total funding "if we can add another 14-15 points to the growth curve", but sees 30-35 per cent growth achievable with his existing financial resources.

"Lots of Silicon Valley people would say its ass-backwards. You should think [only] of topline growth. We'll see."

File sync and sharing, file-assisted collaboration, is approaching the mature phase in its development. The number of greenfield customers is lessening and the two prominent pioneers, Box and DropBox, have been around for some time. The technology is maturing too so where are the opportunities for growth, good growth, with the existing players?

Connected Data has been absorbed by Nexsan, a drive array company. Syncplicity has been sold to Axway and will become part of its AMPLIFY cloud-based services for digital teams.

Content governance is a new and evolving area, looking at how digital content is created, published and accessed. It used to be called content management – remember Documentum – and that failed to excite customers.

We see content governance as an insurance-type service – do it to prevent yourself suffering – not primarily as a productivity enhancer. It is a cost to businesses that use it, not a direct or indirect revenue generator. As such, customers have to be really convinced they need it, like locks on the doors of a house, before they buy it.

Much depends upon how Egnyte markets and develops its Protect product so that customers find it reasonable to buy, easy to use, and a keeper for the long term. If Egnyte manages that then Protect could be the spark that lights its growth.

Which would please the investors who have stumped up $62.5m to fund the firm since its founding in 2007. The dratted exit millstone is something that will, eventually, have to be dealt with. ®