Big Internet warns FCC's Pai: We will fight you all the way on net neutrality

Ugly confrontation coming up this year 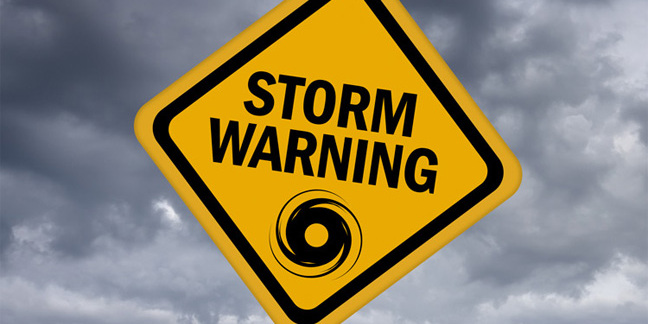 The lobbying group for Big Internet – Google, Facebook, Amazon, Twitter et al – has warned the chair of US comms watchdog the FCC that it will fight him on efforts to get rid of net neutrality rules.

In a summary [PDF] of a conversation held this week between Commissioner Ajit Pai and the Internet Association – produced by IA and filed with the FCC as part of its transparency guidelines – the association was seemingly blunt with Pai over its opposition to his stated aim to get rid of the Open Internet Order (OI Order).

"IA continues its vigorous support of the FCC's OI Order, which is a vital component of the free and open internet," reads the first discussion point in the letter. "The internet industry is uniform in its belief that net neutrality preserves the consumer experience, competition, and innovation online. In other words, existing net neutrality rules should be enforced and kept intact."

Pai was one of two commissioners (both Republican) who voted against the rules in a partisan 3-2 vote back in 2015. Now those two commissioners hold a majority in the diminished three-person commission and have vowed to undo the regulation.

But that is easier said than done: the OI Order is current policy and it has been upheld by the Washington, DC, courts against a serious legal challenge by Big Cable.

The order was created to fill an important gap in how internet access is understood by the federal government, after the FCC's previous Open Internet Order of 2010 was challenged and defeated in court by Verizon.

The second time around, the net neutrality rules were given a solid legal foundation by the FCC designating broadband providers as "Title II" carriers – effectively putting them on a par with telephone companies and turning them into utilities rather than simply services.

Pai is opposed to that approach – which he views as heavy-handed – but in order to effect a change he will have to replace the current rules and designation with new ones. And that approach will have to be done through the FCC's prescribed public comment process. Something that he, and everyone else, knows is going to be a huge headache for the FCC, since net neutrality rules are extremely popular with internet users (ie, Americans) and with the increasingly powerful internet industry – of which the Internet Association is the Washington lobbying arm.

From its summary of the meeting with Pai, the association makes it plain it is aware of the arguments that will be used to undermine the OI order and it is prepared to counteract them: "The OI Order is working well and has been upheld by a DC Circuit panel. Further, IA preliminary economic research suggests that the OI Order did not have a negative impact on broadband internet access service investment."

It also warns that: "IA focuses its net neutrality advocacy on real world outcomes for consumers and internet companies. Consumers want and need their internet experience preserved and protected, regardless of the legal or regulatory mechanism."

Foremost in Pai's mind will likely be the ability of companies like Google, Facebook and Twitter to direct the attention of millions of internet users to a specific issue in a very short period of time.

This was most clearly demonstrated when big tech companies decided to "go dark" to protest an effort by Congress to pass restrictive measures under the Stop Online Piracy Act (SOPA). The resulting outcry led politicians to abandon the legislation, which had been heavily pushed by the powerful intellectual property lobby.

Big Internet had a similar showdown with Big Cable over net neutrality rules in 2014 and won. But that time, there was a president in the White House and an FCC chair that were close to Google and unswayed by the lobbying power of Verizon, AT&T, Time Warner and others.

In 2017, the positions are reversed. President Trump is seemingly opposed to net neutrality, based on prepared comments from his press secretary, and FCC chair Pai has been persistently critical of it as well.

The big difference is that in 2014, the FCC had to come up with something new, while in 2017, the federal regulator would have to trash its own rules and develop new ones against what will likely be a very aggressive backdrop of irate users.

Pai will be looking to Congress to help resolve the issue (something his fellow commissioner Michael O'Rielly has already flagged), but passing telecom legislation will itself be an enormous undertaking. The meeting this week between Pai and the Internet Association will have served as a reminder that there is no easy path ahead. ®