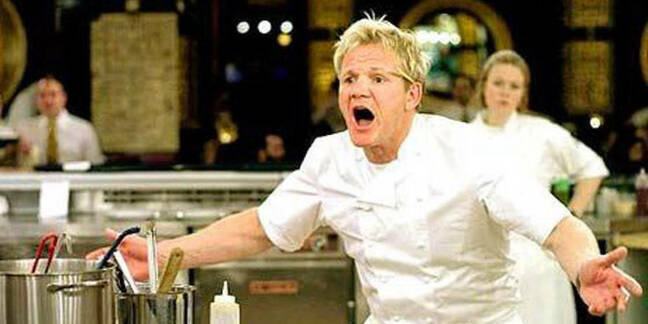 Gordon Ramsay's father-in-law has admitted conspiring to hack into the computer systems of businesses run by the celebrity chef.

Hutcheson Snr, father of Ramsay's wife, Tana, and his sons were both charged under Operation Tuleta, a computer hacking-orientated investigation launched by the Met Police in the wake of the 2011 celebrity phone hacking scandal.

The Michelin-star awarded TV cook fired his father-in-law in 2010 from a senior role managing his restaurant business in acrimonious circumstances. Prosecutors alleged in court that the hack was motivated by an attempt to discover whether Ramsay had been circulating a picture of Hutcheson Snr's alleged mistress, Sara Stewart, a former employee, the Daily Telegraph reports. The offences took place between October 2010 and March 2011. ®

'Oh my word what an absolute stinker'

Happy Satellite Collision Day! It is 10 years since Russia and Iridium got too close for comfort

Plus: Cygnus freighter to spray more sats across the heavens