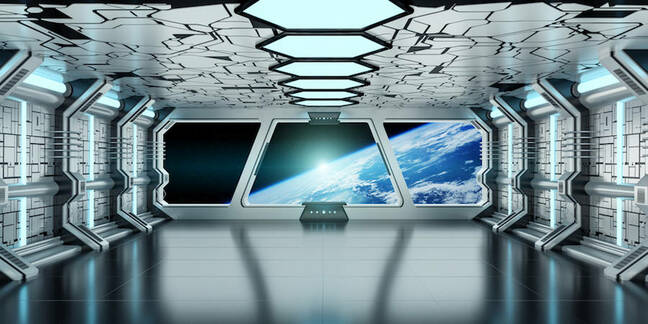 Scientists have spotted a planet slightly larger than Earth orbiting a distant star that looks to be the best contender yet for hosting life as we know it.

In a paper in the journal Nature, published today, the team lead by Jason Dittmann of the Harvard-Smithsonian Center for Astrophysics described LHS 1140, a rocky exoplanet 1.4 times the size of Earth that has been clocked orbiting a red dwarf star in the constellation of Cetus.

"This is the most exciting exoplanet I've seen in the past decade," Dittmann said. "We could hardly hope for a better target to perform one of the biggest quests in science – searching for evidence of life beyond Earth."

So what makes this such a good candidate? Ditmann told The Register the planet is well within the goldilocks zone, close enough to its sun to be warm enough for liquid water to exist on the surface and not so far that its frozen. That gives life a fighting chance to form.

In addition, the star it orbits is very stable. Ditmann said that many red dwarfs are quite volatile and send out regular bursts of radiation that can strip away a planet's atmosphere and kill any life on the surface. But this planet's star is quiet, and the team hasn't seen any flares while it has been observed.

The planet, though close to Earth's size, is seven times its mass. That indicates that the planet has a rocky surface and a dense iron core, which means it could have a viable magnetosphere like Earth's that would protect it from cosmic radiation.

Finally, the planet's circular orbit around its sun is very stable. This damps down on climate extremes and would make LHS 1140 a more stable place where life could develop.

There is, however, a catch. Its sun's development means that around 40 million years ago the star was larger and the extra heat would put the planet outside of the goldilocks zone. The team suggests this might not have been a fatal blow, however, since the surface could have been covered with liquid magma that would send steam up into the atmosphere where it could later condense and fall to the surface in cooler times.

"The planet could have had a runaway greenhouse effect, that's a general concern for all m-dwarfs," Ditmann said.

Before you start packing your space suits there is the perennial distance problem. LHS 1140 is 40 light years away, so there's no way to get there and check it out using today's, or even this century's, transport technology.

The next step is to get more telescope time to examine the planet, using 'scopes high in the mountains of Chile. Sadly next year there will only be one opportunity for a viewing, but other telescopes may be able to help to find out more. ®

Boffins: Sun's red dwarf neighbour is looking a little thick around the middle