Will the MOAB (Mother Of all AdBlockers) finally kill advertising?

Researchers from Princeton and Stanford University have developed an ad blocker that they claim could end the ad blocking "arms race" for good.

You can put the claim to the test yourself quite easily – proof-of-concept prototype code can be downloaded in the form of a Chrome browser plugin.

The researchers claim to have developed a new way of looking at advertising as a security problem, and "challenge the widespread assumption that the [ad blocking] arms race will escalate indefinitely", or inevitably favour publishers and advertisers, who have several advantages: first-mover advantage and the ability to blend advertising with other content. These are bold claims.

In their work, published in a draft entitled The Future of Ad Blocking: An Analytical Framework and New Techniques [PDF], the four researchers developed a "perceptual ad blocker" based on how things look on a web page ("visually salient information"), rather than on page markup and code. They also borrowed techniques from rootkits to avoid publishers' ad-blocking scripts.

Here's how they marked their own score card: 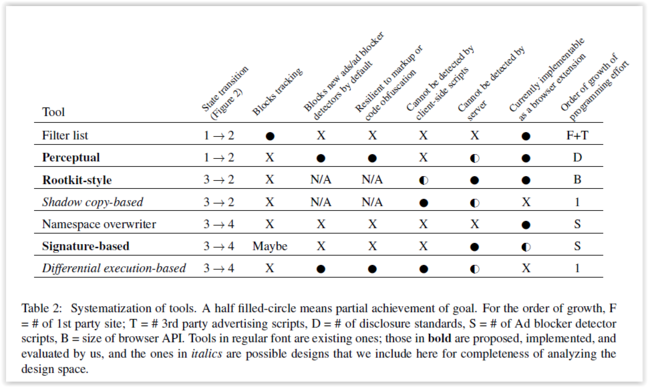 The advantage that blockers have over publishers is that the latter are required to label advertising, either by law or self-regulatory disclosure standards, such as Adchoices. Facebook has attempted to make its ads as indistinguishable from the surrounding content as possible, but the Princeton researchers still claim to have a decent success rate. 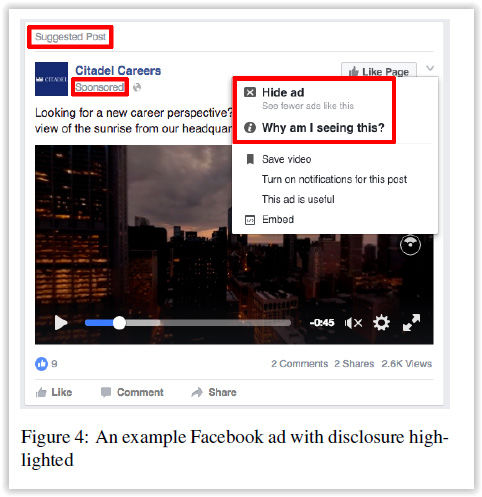 One factor may have tempered the confidence of the researchers' predictions – if only they had taken it into account. Advertising may eventually become indistinguishable from the content around it, as in the case of native or branded advertising. The only way to avoid native advertising is by shunning the content – the TV show or the website – entirely .

By some estimates, native display ad revenue will make up 74 per cent of total US digital ad revenue.

That's something the researchers may want to consider, as they savour their next refreshing drink of Brawndo, The Thirst Mutilator. It's got what plants crave.

The researchers' starting point may be their biggest handicap: they regard ad blocking as synonymous with "consumer protection", leading to the position that the elimination of all advertising is the most desirable outcome from the consumer's point of view. However, a web where the only content is paid content – where literally everything you see or read is itself an advertisement – isn't an outcome they seem to want to consider. Perhaps not many consumers really want to follow them to that nirvana either.

The reason so much digital advertising is toxic to the user right now, particularly on mobile, is not because it's advertising per se, but because the publishers and advertisers are desperate, and are creating highly intrusive advertising. And they're desperate because of the lack of other viable revenue streams. People don't hate adverts, just awful adverts. Sadly today in digital, that's most of them. ®