Infinidat puts array to the test, says it 'wrecks' Pure and EMC systems

Fielding most IOs from memory blasts 'em out of the park

Infinidat has run performance tests against Pure and EMC all-flash arrays and surpassed them with its array.

Back in November EMC compared its Unity 600F array against Pure's FlashArray//m50 and //m70, with 8K and 16K IOPS and other tests. The Unity advantage was substantial and Pure disputed the real world validity of the results.

Infinidat ran the same tests, it says, with its hybrid F6230 array, configured with 1.1TB of DDR-4 DRAM, 200TB TLC NAND, and 480 3TB nearline HDDs. The F6230 was configured with a 200TB data set instead of Pure and EMC's 50TB. Why? Infinidat said today's workloads need performance at scale. In-line compression was enabled as well.

The test run outputs were presented in the same format tables as the EMC-Pure comparison. 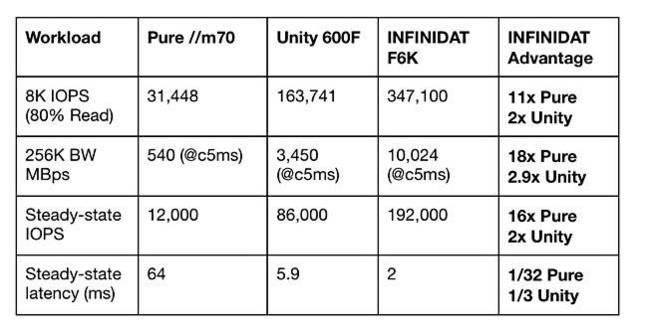 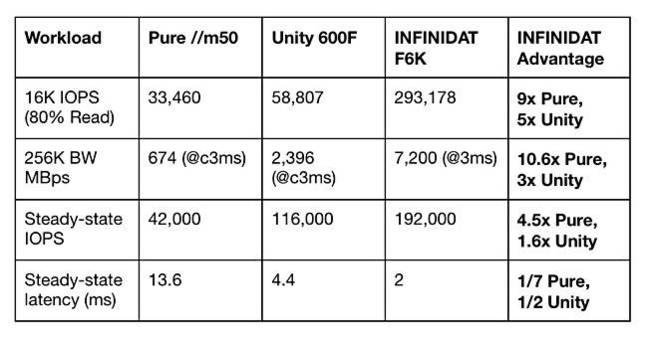 The results show Infinidat's system comprehensively beating both the Pure and EMC arrays. Infinidat says: "In summary, we wrecked the Pure and EMC systems." Its array had lower latency and better IO performance; a tribute to memory caching and the flash-disk scheme that meant virtually no IOs came direct from or go directly to disk.

We have asked both EMC and Pure what they think about these results. ®