Musketeers bag $100,000 after hitting the brakes on allegations 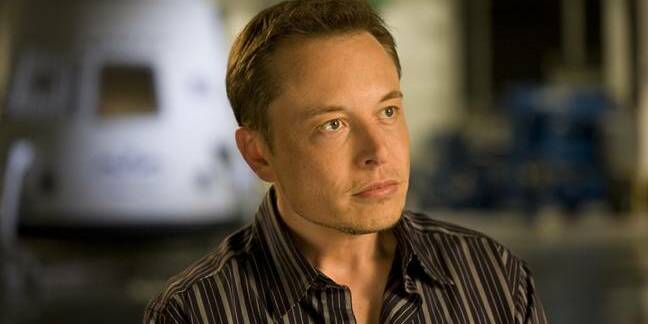 Less than three months after Tesla sued a former manager, claiming he'd stolen its blueprints and tried to poach staff, the flash automaker has settled out of court.

In January the Elon Musk-led upstart filed a lawsuit against its former of Autopilot program boss, Sterling Anderson, after he quit to start up an autonomous vehicle company called Aurora with a former director of Google self-driving cars, Chris Urmson. Tesla also sued Aurora and Urmson in the same suit.

Tesla accused Anderson of downloading "hundreds of gigabytes" of its confidential information from internal systems before he left the electric car manufacturer. It also claimed he tried to poach staff – something forbidden in his contract – both before and after he left Tesla.

Now the case has been dropped. In exchange, Aurora agreed to pay Tesla $100,000 – a pittance considering the severity of the allegations – and to modify its behavior in the future.

"Under the settlement, Mr Anderson's contractual obligations to Tesla will remain in place and will also be extended to Aurora, with additional specific protections being added to ensure there are no further violations," a Tesla spokesman told The Register on Thursday.

"The settlement also establishes a process to allow Tesla to recover all of the proprietary information that was taken from the company, and it provides for Aurora's computer systems to be subject to ongoing audits to monitor for any improper retention or use of Tesla's property."

Anderson, for his part, has also commented on the settlement with an upbeat statement, calling Tesla's lawsuit "meritless." He claimed that a forensics audit has shown that none of Tesla's confidential information was found on any Aurora computers nor the personal systems owned by the biz's employees, and produced no evidence that anyone had access to such data.

"Today, less than three months after filing (and even before we were permitted to file a response) Tesla has withdrawn its claims, without damages, without attorney's fees, and without any finding of wrongdoing," Anderson said. "We have even agreed to reimburse the cost of a future audit to demonstrate the integrity of Aurora's intellectual property."

That last reference is presumably what the $100,000 is for, which indicates that the discovery part of the lawsuit came up blank for Tesla. There are no references to claims about the poaching of staff in either statement, so Aurora looks to be in the clear on that one, too. ®

Tesla today recalled 53,000 Model S and Model X motors built in 2016 that suffer from a crappy parking brake that won't always release. The recall is voluntary.

"We do not believe this issue could ever lead to a safety concern for our customers, and we have not seen a single accident or injury relating to it," said the automaker. "However, in order to be overly cautious, we are going to be proactively replacing these parts to ensure that no issues arise."