While Facebook reinvents Sadville, we still dream of flying cars

Hello? Innovation? You in there, buddy?

Comment The researchers at the Transportation Research Institute at the University of Michigan (UMTRI) sent me what may be the saddest opinion poll in the world. It asks the public: "Would you like a flying car?"

If you think it's a question to which the only answer is yes, you'll be heartened by the findings [PDF].

Broadly, US men are more enthusiastic about flying cars than women, who have safety fears. A preference was expressed for 3-4 flying cars with a decent range between refuelling, say 200 miles. 51.6 per cent of men were positive, 23.4 per cent neutral, and 25 per cent negative. 44.3 per cent of women were positive, 28 per cent neutral and a third negative. Three-quarters ranked speed as the biggest perceived advantage. A quarter of men surveyed described a flying car between $100,000 and $200,000 as "definitely affordable".

The problem is flying cars don't exist at that price. But we can dream. Mass-market commercial air travel was also a distant dream in 1890, and still a rarity in the years after World War II.

So, what are the cleverest people in the world, which is how Silicon Valley likes to see itself, up to this week? Apparently, flying cars. But these are just expensive prototypes to grab headlines. No, what's really happening in the Valley?

On Wednesday the world's sixth richest man, Mark Zuckerberg, unveiled his big idea. It's called Facebook Spaces. And you need to see it for yourself.

It isn't a flying car.

Mark Zuckerberg has just reinvented Second Life. You remember Second Life? The crude alternative reality playground that we called "Sadville" had its admirers back in the day. 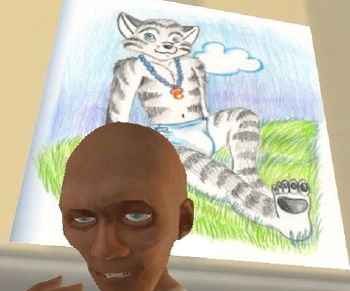 Sadville wasn't really sad, its admirers insisted. As Paul Mason, author of Postcapitalism: A Guide to our Future declared at the time: "We've tended to see heavy internet use as a kind of addiction, or even psychosis. But maybe all those people are living richer and somehow more human lives than all those sad people who've never killed an online dragon."

Reuters embedded a reporter in Sadville, and Linden Labs created an "enterprise edition". Marketers flocked to promote brands in the virtual world, spurred on by enthusiasts such as the UK's Mike Butcher.

But to no one's great surprise, it quickly attracted the creepy and dangerous. Worms attacked. CNet's embedded reporter was assaulted by flying penises – an occupational hazard.

The late Register columnist Otto Z Stern lamented: "Isn't it wonderful that computers have brought us to this point where we can live out the pedophiliac nightmares that we never actually got to experience in a virtual world?"

Marketers began to express disappointment that in the cesspit of perverts and exhibitionists, brands were not getting value for money for their investment. Zuckerberg's Spaces appears to be cynically aimed at teenagers and the juvenile, so it's hard to see it avoiding the same fate.

Describing the clip above, John Gruber writes: "I'm calling this an 'emperor has no clothes' moment. This is a horror show. Disembodied torsos? Virtual selfie sticks? This looks like the way people would socialize in a post-apocalyptic scenario where everyone is quarantined in a bunker to shelter themselves from the zombie virus. It's clunky and painfully awkward. Who the hell wants to strap on a headset to have a video call with the disembodied Wii-like avatars of their friends when they can just hold up their phones and have a regular video call where they can see their actual friends?"

But as we noticed last year, cars are harder than Silicon Valley ever thought. No wonder they're recreating Sadville.

Even when it comes to non-flying cars, Silicon Valley appears to be struggling. Making a car is harder than they thought. What Silicon Valley is good at doesn't really make a car better. Or at least not yet, given the difficulties Apple, Google and Uber have encountered. Google has subtly given up trying to make a better car.

Maybe that's why Facebook is reinventing Sadville. We were promised the innovation cupboard was an endless larder of riches. Maybe it's just empty? ®