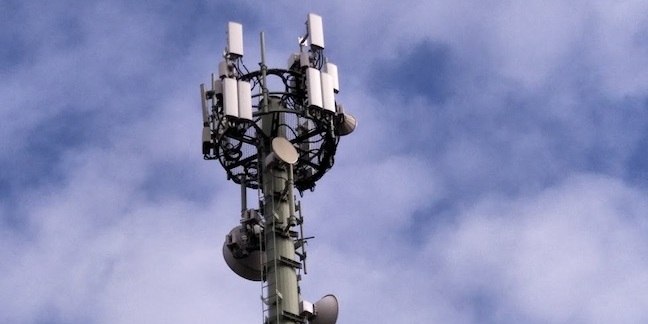 The demonstration was conducted in the regional Victorian city of Ballarat and required the aggregation of eleven “carriers” - wireless jargon for individual waves - seven in the 3.4GHz band and four carriers in the 2.3GHz band. The mock “user” required multiple antennae to achieve the headline speeds, and other demonstrated speed tiers of of 400Mbps/55Mbps, 250Mbps/50Mbps and 100/40Mbps. Once in production in 2018, just a single antenna will be required as new hardware comes to market from nbn™'s suppliers Ericsson, NetComm Wireless and Qualcomm.

The demonstration was just that and nbn™ has no immediate plans to introduce the demonstrated speed tiers as a product, but has committed to 100Mbps fixed wireless services in 2018.

So why bother showing off a theoretical faster service? Because nbn™ is hell-bent on proving its networks are upgradeable.

The organisation still believes gigabit connections aren't going to be required, or desired, in the near-to-mid-term, it wants to ready its networks for future demand. It's also keen to fend off criticism that building the NBN with anything other than easily-upgradeable fibre-to-the-premises is a shamefully wasteful policy. That most of the over 600,000 premises to receive fixed wireless connections are in Australia's regions, where economic opportunities are not as plentiful as in the nation's cities, means there's also some political value in showing off a path to gigabit connections in Ballarat and beyond.

The demonstration and the testing that made it possible also lets nbn™ understand what it will need to do to handle higher loads in future. At present about 20 per cent of the towers used to deliver fixed wireless service are connected to fibre backhaul. Those towers share that connection with others over point-to-point microwave connections. To handle lots of gigabit-slurping customers, nbn™ knows it will have to run more fibre between fixed wireless towers. ®

Brace for cost, job cutting in the aftermath

Potential deal said to be at an 'advanced stage'