Endorsement from SFX house is a major win 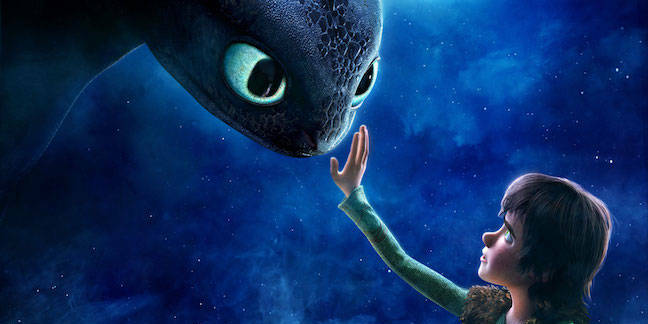 How To Train Your Dragon 2 © DreamWorks Animation LLC

HPE is a long-time supplier of workstations, servers and storage to DreamWorks Animation SKG. The company's CG-animated productions include Shrek, Kung Fu Panda, Madagascar, Monsters vs. Aliens and How To Train Your Dragon. It started looking at using supercomputers back in 2009 when it ran a project [PDF] at the Oak Ridge National Laboratory (ORNL) with technology that was subsequently used for Kung Fu Panda.

At the time it said a DreamWorks film could require tens of millions of CPU hours in the process of adding colour, texture and lighting to each frame. A film could involve half a billion individual files and DreamWorks could have ten movies in production at any one time.

Its in-house systems couldn't then keep up, hence the technology sidestep into ORNL and subsequent use of internal HPC clusters for some rendering jobs.

Qumulo is a scale-out NAS and object storage startup, founded in a post-Isilon era, and it provided Apollo 4200 Gen 9 server support with its Core software in November last year. The rackmount Apollo kit is geared for high-performance computing and Big Data analytics, and comes with a lot of hybrid storage in its 2U enclosure; 9 x 480GB SSD plus 18 x 10TB HGST disk drives.

The flash can provide fast access to metadata while the disk can store large amounts of file content.

The company says its technology can scale out to hundreds of petabytes and provide fast IO for both small and large files.

Qumulo has gained its spurs on movie special effects and animation by being used in the production of La La Land. Now DreamWorks is using its SW running on Apollo servers; a new form of in-house HPC cluster. An HPE-Qumulo announcement says their kit will be used "to replace legacy storage systems used for HPC file-based workloads such as data-intensive simulations for animated films and programs".

We're not told which legacy storage kit will be replaced, but NetApp has been listed as a DreamWorks storage supplier, along with HPE in the past.

The animation company has produced its own Apollo software platform for animation and lighting, but that is a separate part of its activities, although it may run on HPE's Apollo HW.

For Qumulo, endorsement by DreamWorks is a win; it's a marquee movie SFX house and the freshly funded startup will be hoping that others will follow. Progress like thus will help it compete against the all-flash Isilon kit that's coming, probably later this year.

It is developing into a credible competitor for Avere, which has notched up lots of sales through accelerating file access for SFX houses, being used in productions such as Everest and Gravity. ®

*Movie and TV SFX firms always seem to want more IT resources, both compute and storage, to keep their artists busy and meet production schedules. Technology which works today will probably be outmoded in five years time. Laurel-resting is not a luxury suppliers to the business can enjoy.

What the Dell? Qumulo slips into PowerEdge servers

Extends coverage from AWS and HPE to Isilon-slinger

The quickening: Qumulo speed with software boost for new kit

I was born in 1518... we mean.. machine learning-driven caching speedup