A sensible Internet of Things investment house? Breed Reply looks like it

So far, no silly Bluetooth toothbrushes 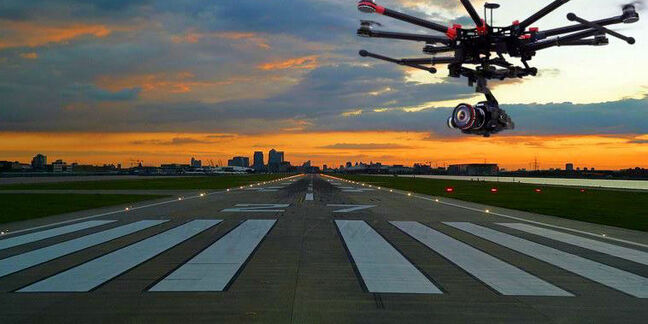 “We are people with an industrial background,” chief exec Emanuele Angelidis told us. The firm, founded in 2015, has 17 upstarts on its books at the moment.

Amongst these are companies making healthcare wearables for cows, drone inspections for safety-critical airfield lights, and one in particular that is trying to build a marketplace for IoT-specific big data.

In conceptual terms, Angelidis pointed out that with the explosion in the number of environmental sensors that are being connected to the internet, this gives companies new opportunities to improve their business processes. He gave us an example of a construction company moving sand to a building site; humidity levels are very important when moving sand in bulk, particularly for loading and unloading it.

For big data, Angelidis told us, Breed Reply focuses on companies with extra data that they might want to flog on to willing buyers: “Some may develop models selling some of the data they own and that they’re happy to sell because they’re not strategic to the business, and they can develop a profit through this additional business line.”

That marketplace company, Iotic Labs, has been backed by Breed Reply. Angelidis described them as something “between Google and Amazon” in terms of form and function. He did concede that companies using this service would have to provide access to their data to Iotic Labs in order for it to be indexed, something that might put off a few potential customers.

As for cows, that company – Connectera – has produced a wearable device to be fitted to cattle. The idea is that this captures data about the cow which can be used to tell if it’s eating enough, ready for breeding, or even if it’s in the early stage of an illness. In theory, farmers should be able to save money on vet callouts.

“Obviously the farmer can’t talk to the cow!” joked Angelidis, who added that Connectera’s product could also be used to automatically trigger feed deliveries, as well as transmitting information about the cows to dairy producers, aiding in mandatory supply chain reporting.

Also of interest was the airfield light inspection drone system. Airfield lights, naturally, “have to be monitored and calibrated over time,” said Angelidis. “The way airports manage to do this is through pilots and dedicated aircraft being able to do the process of checking the lighting, calibrating the lighting, and as result issuing a certificate to the airport that it is compliant.”

Naturally, this is an expensive and time-consuming process, and requires repeated iterations in different weather conditions. Canard Drones, backed by Breed Reply, aims to do this by automating the process, using unmanned aircraft. Angelidis told us this was fully automated and had already been OK’d by regulators on the Continent.

Healthcare is also an area of focus for Breed Reply, as well as the wider consumer-focused Internet of Things industry. “If you look at any government, any country across the world, they are all looking at a way to improve the level of service provided to the population, reducing the cost of the healthcare industry. That’s a massive problem across every country, every government, everywhere,” declared Angelidis.

He was also keen to emphasise that the investment firm is not ploughing money into the pathetic consumer-focused nonsense that characterises most IoT.

“If you think about the extremes on the market, we have one extreme, the traditional venture capitalist business where the vast majority of the business is about investment,” said Angelidis. “Tiny activities are done about planning the operation or supporting the startups. Then you have the other extreme, companies like Reply SpA (Angelidis’ previous firm), companies where they invest, where they have the majority of ownership of the company, where they run the business.” ®