Windows 10 S forces Bing, Edge on your kids. If you don't like it, get Win10 Pro – Microsoft 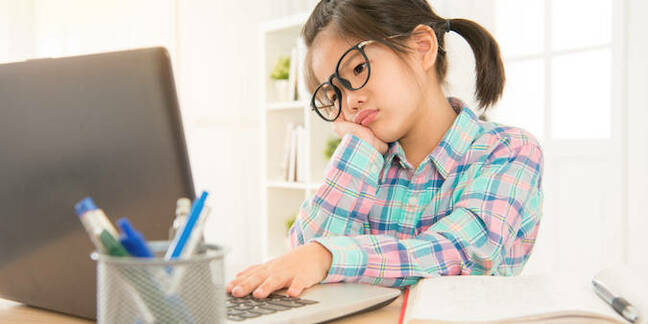 After Tuesday's big launch of Windows 10 S, it emerged the software will force people to use Edge and Bing. How can that be?

The supposedly streamlined operating system aimed at kids and their teachers will only run apps from Microsoft's official Windows 10 S software store. Right now, there are no third-party browsers available from its shelves. That leaves users with the bundled Edge browser and Bing for web search.

You can't change the search engine from Bing, and, for now, you can't get another browser besides Edge. Even if you could get another browser, Edge will override all the time, such as whenever you click on a HTML document. In an FAQ, Microsoft explained:

You can, if you're desperate, bookmark Google or Duck Duck Go, or similar, and use that button to look stuff up. If you don't like any of this, then don't use Windows 10 S – use Windows 10 Pro instead. That's Microsoft's official line.

"We believe Microsoft Edge and Bing provide the best and most secure experience on Windows 10 S," a Microsoft spokesperson told The Register on Thursday.

"Customers are in control of their Windows experience and users who prefer to install apps from outside the Windows Store and modify default settings can choose Windows 10 Pro instead."

So far, neither Firefox, Chrome, nor any other browsers, have been either submitted or accepted into Microsoft's latest souk, so they are not available to Windows 10 S systems. We imagine Mozilla, Google and other developers will eventually get round to offering their apps in the store.

That's assuming they're allowed: it rather sounds as though Redmond would prefer it if you just sodded off to Windows 10 Pro if you want to use, say, Chrome, leaving Windows 10 S free of any annoying rivals and other riffraff.

Welcome to Microsoft streamlined: run what we tell you, or cough up an extra $49 for Windows 10 Pro and run what you want on your own computer. A fifty-buck Google and Chrome tax, if you will. ®

Redmond loves Linux so much this Internet-Explorer-replacement is for Windows, macOS only right now