Hmm, who could possibly do such a thing? 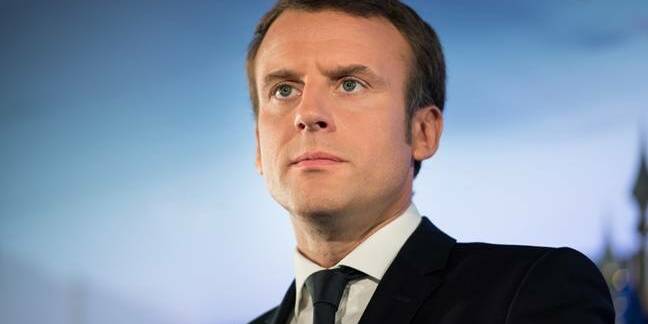 Emmanuel Macron, the front-runner in France's presidential election, has condemned the online leakage of what's alleged to be his campaign staff's emails.

A 9GB cache of internal documents was dumped onto the Magnet file-sharing network on Friday night, less than two days before the French people go to the polls on Sunday.

These archives landed just before an official halt on campaigning came into force ahead of voting day: government officials and candidates are banned from publicly discussing campaigns during this blackout period. The leaked files are believed to contain strategy documents, financial data, and personal correspondence from Macron's En Marche! campaign. Macron is right now well ahead of his far-right rival Marine Le Pen.

It is not clear how much of the data dump is legit and authentic, although Team Macron reckons hackers have indeed swiped at least some of its documents and spread them on the web.

"The En Marche! Movement has been the victim of a massive and coordinated hack this evening which has given rise to the diffusion on social media of various internal information," an official statement reads.

No one has claimed responsibility for the data dump, but it's widely thought to be the work of pro-Russian hackers seeking to influence the election in Le Pen's favor. Le Pen has admitted to having taking out loans worth €9.4m ($10.3m) from the Moscow-based First Czech-Russian Bank and she both supports Russia's annexing of the Crimea and has called for the lifting of sanctions against the Putin regime.

It's unclear what effect this will have on the election. Macron has a strong lead in the polls but, as American and Brexit experience has shown, polls are often wrong and upsets are possible. However, it may be that many French voters will be unwilling to vote for Le Pen after such a crass attempt to influence a democratic election by hacking.

Last month Trend Micro reported that Russian hackers had been targeting Macron's campaign, as well as the staff of German Chancellor Angela Merkel. Before you ask: Russia officials have denied any involvement, saying with a straight face that their mother nation does not attempt to interfere in foreign elections. ®