Fake ruse: USA Today calls the FBI after half of its 15m Facebook Likes turn out to be bogus

No one real likes us, whines hotel doorstop provider 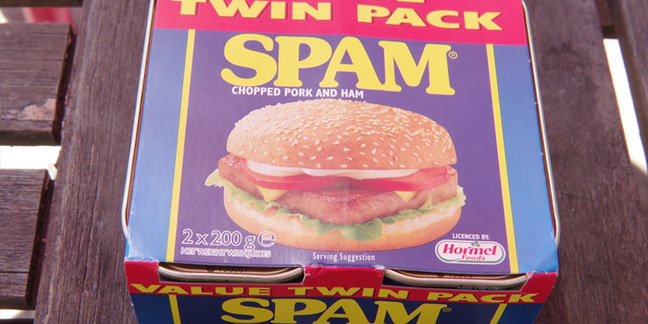 You'd think the FBI has enough on its plate with the threat of terrorism, political investigations, and attempts to nobble end-to-end encryption.

Now USA Today has called in the Feds after spammers bombarded its Facebook page with bogus likes.

On Monday, Gannett, the publisher of the newspaper that so frequently gets stepped on outside US hotel rooms, said it asked special agents to probe the source of millions of fake likes on its title's profile.

Earlier, Facebook audited 15.2 million thumbs-up on USA Today's page, and found that six million of them came from suspiciously barebones FB accounts. These accounts have stock photos for profile pics, aren't very active, and are automated and controlled centrally rather than each representing real individuals.

Facebook canned the bogus likes; another three million will be dropped later this week, we're told.

It's believed the masterminds of these fake accounts give pages such as USA Today and American sports teams the thumbs up to appear more legit: it makes the robo-users look more real when attempting to befriend people on the social network so they can successfully spam their victims with links to tat online.

"After we identified the additional set of violating accounts, we notified our partners at USA Today, and are taking action against these accounts," said Shabnam Shaik, technical program manager on Facebook's protect and care team. "We don't know why the scope of impact on USA Today's Facebook Page appears greater than any other publisher."

Maribel Wadsworth, USA Today's SVP and chief transformation officer, said a lot of the accounts were created in Bangladesh. The newspaper no longer accepts likes on its page from accounts recently registered in the country.

It's not clear exactly why the Feds got a call, since it's difficult to see if a crime involving US nationals has been committed. These spammy accounts are usually created for one purpose only: to lend credibility to spammers.

Dan Nadir, VP for digital risk at USA Today's security contractor Proofpoint, said that the spam accounts all Like each other to make themselves look kosher, but the spammers show little imagination in their profile writing.

The goal is to fool legitimate Facebook users into making friends with these fake accounts. Once friendship has been established, the account starts sending out massive amounts of spam, as well as harvesting the user's friend connections with similar material and friendship requests.

USA Today has said it is conducting an audit to see if any of its sites have been used to aid spam. It will be temporarily halting attempts to woo new readers on social media. ®

ACLU: Here's how FBI tried to force Facebook to wiretap its chat app. Judge: Oh no you don't