It's 2017 and Windows PCs are being owned by EPS files, webpages

Get patching ASAP as exploits are being used in the wild – and fix Adobe stuff, too 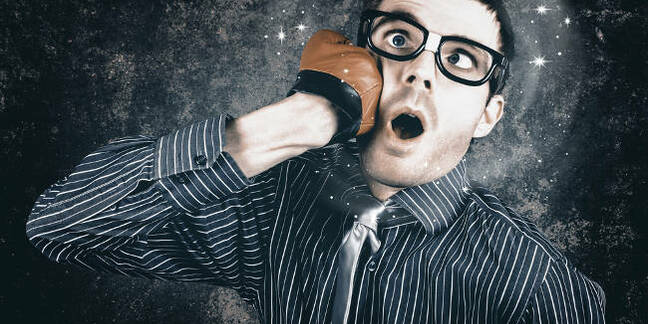 Microsoft has today published patches for more than 50 security flaws in its products – including three serious holes being exploited right now in the wild. These updates should be applied as soon as possible.

The May edition of Patch Tuesday addresses blunders in Internet Explorer, Edge, Windows, Office, and the .NET Framework. In total, 55 bugs have been squashed, including 17 that have been rated as critical security risks.

Basically, when a vulnerable installation of Office opens a booby-trapped EPS document, it can end up executing code within the file, and this code can use the privilege escalation hole to gain full control over the machine – essentially allowing emailed and downloaded documents to hijack computers and install spyware and other nasties, if victims are tricked into opening them.

FireEye has published technical details on the bug, and claims that multiple hackers are all over this programming cockup, right here.

Among the other critical flaws fixed this month is CVE-2017-0290, a terrible remote execution bug in Microsoft's antivirus engine that is enabled by default on modern Windows systems. When the tool scans specially crafted files delivered as downloads or message attachments, it can be tricked into running malicious code hidden within that data. From there, the attacker would, ironically, be able to take control of the target machine and install malware payloads via Redmond's knackered anti-malware defenses.

The .NET Framework will get an update for a security bypass flaw (CVE-2017-0248) allowing an attacker to pass off invalid certificates as genuine.

Meanwhile, lest you think Microsoft is being singled out, noted malware enabler Adobe Flash Player has also been given a fresh set of patches to address seven CVE-listed vulnerabilities in the Windows, macOS, and Linux versions of the internet's screen door. Google Chrome, Microsoft Edge, and Internet Explorer 11 (on Windows 8.1 and Windows 10) will all get the fixes automatically.