Will the whistleblower please identify himself, asks IPCC 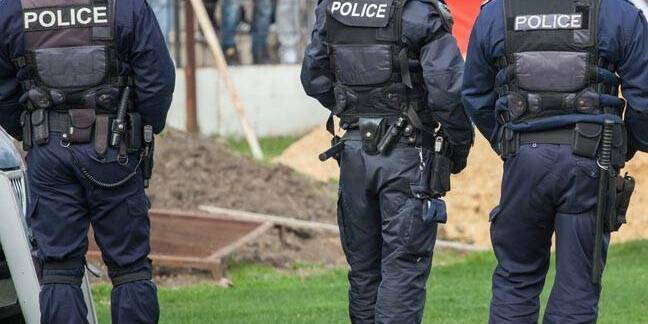 A whistleblower claiming to be a serving police employee said the Met evaded Britain’s already lax surveillance laws by asking Indian cops to break into a number of email accounts, knowing that the Indian police would simply pay local hackers to do their dirty work for them.

Police employees at the National Domestic Extremism and Disorder Intelligence Unit were alleged by the whistle-blower to have illegally accessed the email accounts of 10 named people and the whistleblower supplied their passwords. These included environmentalists and two Guardian journalists.

“The IPCC’s investigation is looking at whether officers from NDEDIU contacted Indian counterparts and if the services of computer hackers in India were obtained to access email accounts. It will also examine if any officers within NDEDIU used any information gained from this contact if it took place,” said the IPCC in a statement today.

Amazingly, the cop-watchers’ deputy chairwoman, Sarah Green also asked the author of the letter "believed to be a serving or retired officer" to come forward and identify themselves.

The claims under investigation were made in a letter sent to Green Party campaigner Baroness Jenny Jones and seen by the Guardian and the BBC.

The Guardian verified the hack by asking six of the victims for their passwords and comparing them to the ones given in the letter. Colin Newman, a Greenpeace organiser said to have been targeted by the Met, told the newspaper that he had used the password discovered by police hackers from the late 1990s until last year.

He and other environmentalist victims, including one Cat Dorey, have minor criminal records related to their protesting.

Separate reports from earlier this year noted that another whistleblower accused the NDEDIU of shredding large amounts of documents in 2014 once police became suspicious that an external enquiry into their activities might take place. Such an investigation was eventually opened at the end of last year.

Baroness Jones has also been targeted by police surveillance operatives who put her on the National Domestic Extremism Database, the Met having previously lied to her that they didn’t spy on “political parties, politicians, journalists or trade unions”.

The newly passed Investigatory Powers Act 2016 legalises vast swathes of this sort of spying. Bulk warrants giving carte blanche to police forces and the security services are rubber-stamped by ministers, while it is now a criminal offence to ask in court whether you have been spied upon by the British State.

A parallel, secret judicial system operated by the Investigatory Powers Commission allows a theoretical power of challenge to all this, but hearings and evidence are both kept secret and if judgements are published, they are bowdlerised so the full extent of domestic spying doesn’t alarm the public into whipping away the wafer-thin figleaf of “consent” for these powers to be used. ®