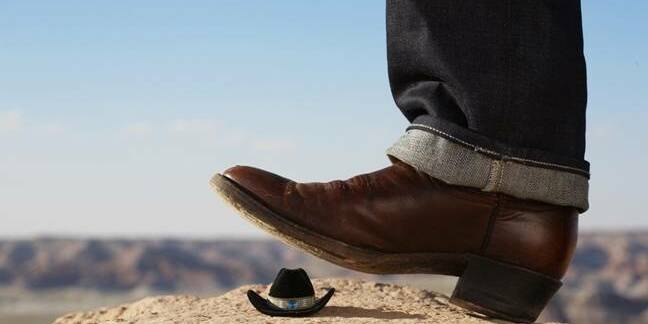 Google wants you to believe that free music on YouTube doesn't deter people from paying for the same music somewhere else. Pull the other one, it's got bells on, the music industry has replied.

Google commissioned RBB Economics to produce a report, which we've seen in full, examining the effect of cannibalisation on paid music services.

YouTube benefits from exploiting an amazingly fortuitous loophole in copyright law, something not available to rivals like Spotify and Apple. It's a special protection for a class of material misleadingly called "user-generated content". The phrase was originally intended to cover things like your personal files on cloud storage services, but in 2017 it means individuals uploading other people's music, so a more accurate term might "user-uploaded content" – they haven't generated anything.

This gives YouTube an unrivalled catalogue – it's really the world's default jukebox – without having to negotiate for licenses, and Google gives this away for free*. Spotify, Apple and everyone else who can't take advantage of the UGC loophole must sit down and negotiate a license for music. Here Google has an advantage because of the asymmetric power of the takedown regime. They can rest assured that when it eventually gets round to taking down unlicensed uploads, they'll pop up in no time. We described it using an analogy here. (For this you need to put yourself in a music producer or distributor's shoes – although this maybe too much for some readers lacking empathy or imagination. Give it a try, though.)

The music industry argues that all this free stuff depresses the market price of music – and it's hard to see how it can't. But not so fast, says Google, and commissioned RBB to prove otherwise.

RBB did two things. It looked at the performance on paid streaming services of some songs that had been removed from YouTube and also ran some polls.

RBB conclude that cannibalisation is "unlikely", but its own figures suggest that the most valuable YouTube users would in fact move up to a paid service if the music they wanted wasn't available for free on YouTube.

So how did RBB arrive at its conclusion? In two ways. RBB reckons 85 per cent of YouTube's audience would shift to "lower or similar value channels", half of which would be non-music. For those who wanted free music, 28 per cent would opt for piracy.

You can see that makes sense. YouTube is the default setting for teenagers, many of whom are not valuable music customers – yet – but may be some day.

But RBB notes this is problematic, as respondents said the average time spent listening to pirate music was just 20 minutes a month. "The possibility that respondents misreported their usage of pirated content cannot be ruled out," a footnote tells us, casting doubt on the other responses.

But even 15 per cent, trade group the British Phonographic Industry (BPI) responds, is worth a lot to the industry.

"RBB's data shows that 19 per cent of YouTube usage in the UK would divert on to higher value platforms, such as paid subscription services. If that usage were evenly distributed among YouTube's users and 19 per cent of YouTube users chose to take out a music subscription, it would generate approximately £415 million per annum additional retail spend on music – doubling the current value of the UK streaming market," argues BPI chief executive Geoff Taylor. 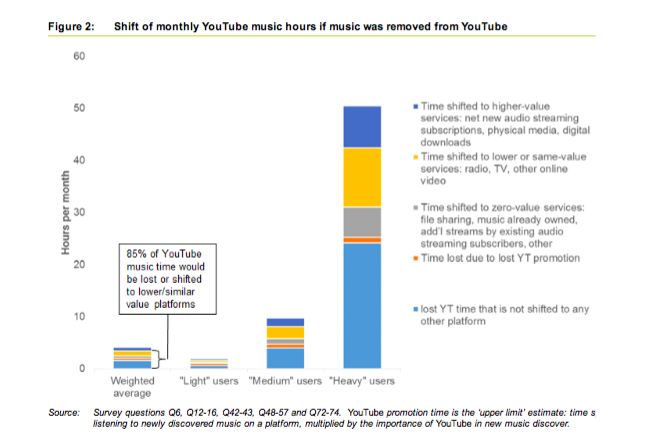 Even if only half of the 15 per cent number switched to paid, Taylor says it would make a big difference because the paid streaming market is so small compared to the YouTube juggernaut.

"This patently unfair distortion in the digital content market must be fixed once and for all, and we again call on the UK Government and on EU policymakers to clarify that online platforms must secure fair arms-length licences for the content that they commercially exploit," Taylor added.

RBB also devotes some pages to examining whether revenues derived by a song blocked on YouTube increase. It concludes they don't. But given that blocking a song is effectively impossible, thanks to the UGC loophole, maybe that isn't surprising. ®

*YouTube launched its controversial tenner-a-month service Red in the USA in late 2015, but it has yet to come to the UK. The Play Music service for 'Droids has run for years, without making much of a dent on the overall market.