Crowdsourcing is the future of (pubic) navigation

The offending phallus is located in “DeathToTrumpVille”, next to the “Trump Hotel is Nasty and Awful” hotel – but is curiously positioned on the descriptively monikered Long and Winding Road.

Consisting of a single road in the iconic shape beloved of naughty schoolboys and Renaissance sculptors alike and named DeathToTrump Drive (can you see a theme emerging here?), the pecker’s pubes are named “Obama Is A Winner Avenue”, “Al Gore Is The Best Road” and “Hillary Rools Street”.

“Someone has drawn a great big dong on the map in Antarctica - if it's the official testers, i would suggest been a bit more grown up with the street formations and naming,” sniffed a user of the official Google Waze forum who goes by the handle “mcSpeedy135”. 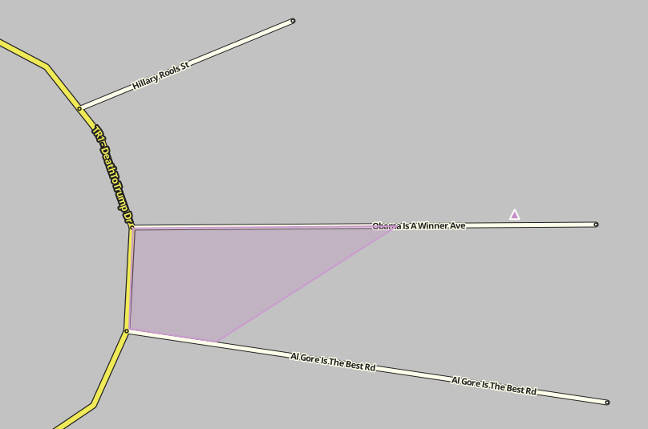 A closeup of the right bollock of that Waze cock

Helpfully, the forum user added, in his post dated 3 May: “I could imagine it would be a bit embarrassing for Waze's parent, Google, if it were public knowledge some of the street names and places that the official testers are using.” 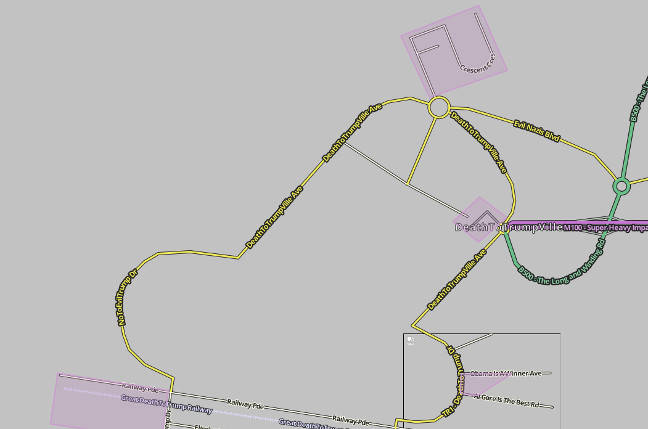 A wider view of the Waze cock, featuring FU Park being emitted by it

Naturally, after reading that we immediately asked Google what their view on world+dog scrawling penises across Antarctica using politically charged language, and making their maps of Antarctica woefully inaccurate to boot, were. We are awaiting their response and will update this article when Mountain View replies.

For naughty commentards wanting to view the display in its original form, you can find it here. Others have also vandalised Antarctica in Waze, it appears, but we couldn't condone that sort of behaviour. ®

Updated at 08.15 UTC 16 May to add: Waze has been in touch to say "Since Wazers do not drive in Antarctica, the map region is often used as a space our volunteer map editors can learn to edit the map and test new tools without accidentally altering more commonly trafficked areas.

"We appreciate being made aware of any illustrations that caused offence and are in the process of removing them."

Now you can tell someone to literally go f--k themselves over the internet: Remote-control mock-cock patent dies

Talk about getting off on a technicality...

Those who won lost; those who lost won