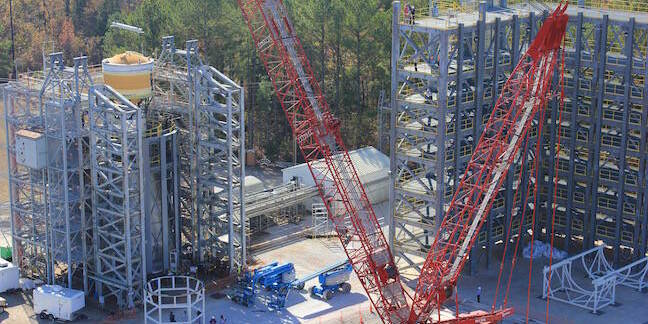 NASA will miss its deadline for the first flight of the Orion capsule and the Space Launch System, with the launch moved from 2018 to 2019.

The agency's Bill Gerstenmaier also told media in a briefing last Friday that as well as delaying the first flight (designated Exploration Mission One, EM-1), the EM-2 mission that will carry astronauts will probably miss its original 2021 date.

In February, the new Trump administration asked NASA to assess the feasibility of changing the EM-1 mission, planned as an uncrewed jaunt into cislunar space between Earth and Luna, to instead carry human cargo around the moon.

NASA has concluded that it can't justify the cost of such a change to the schedule.

In its media announcement NASA says “it is technically capable of launching crew on EM-1, but after evaluating cost, risk and technical factors in a project of this magnitude, it would be difficult to accommodate changes needed to add crew at this point in mission planning. The effort confirmed that the baseline plan to fly EM-1 without crew is still the best approach to enable humans to move sustainably beyond low Earth orbit.”

So it's back to Plan A, with the first flight validating systems “to strengthen the long-term push to extend human presence deeper into the solar system.”

Gerstenmaier added that NASA is considering putting the spacecraft's heat shields through extra ground tests before EM-1, and it could advance the “ascent abort test for the Orion launch abort system”.

The date slip shouldn't come as much of a surprise, since in April, the Government Accountability Office published a report saying NASA would miss its November 2018 EM-1 target even without the adoption of Trump's wish list.

Among other things, the GAO reckoned software and systems integration were giving NASA trouble in the project, and also criticised its risk management.

The Space Launch System is intended to be the rocket that takes the United States to Mars. ®