Review Well, no one saw this one coming. Samsung has succeeded where Microsoft and HP have struggled (so far) in turning a phone into a PC.

When Samsung unveiled the Galaxy S8 last month, its new multimode capability DeX (for "desktop experience") barely got a mention. With a new dock, the DeX Station, the Galaxy could plug into a keyboard, mouse and a larger display, for a desktop-like experience: with apps that rescale smartly to landscape format, overlapping windows and window management. After putting it through its paces, I'm hugely impressed. Samsung has done a solid and thoughtful job here.

This is significant. Giving a phone multimode isn't a new idea, and was pursued for a while by Motorola with Atrix. Atrix was canned five years ago, and for ages nobody picked up the baton, even though phones got ever more powerful, and the software more mature.

For Continuum, Microsoft created a class of portable Windows 10 mobile apps that were desktop friendly (UWP), but it failed to support the existing WP app catalog, which couldn't convert. Microsoft's already weak position in the mobile market deterred app writers from targeting a niche within a niche. And Microsoft has been slow to develop the functionality: here we are, two years on from the first Continuum demo, and it still lacks the promised multiwindow support.

Android doesn't have these problems, because it's already the world's most popular OS, and because it's Java and the apps are portable. A Remix OS PC will run apps from the Google Play store. So Android has great untapped potential to be the leading multimode OS. And with Android Nougat 7.0, Google has built much better multiwindowing capabilities into Android.

A year ago I wrote about Remix OS, an Android variant that could run on x86 PCs as well as ARM, that could turn ARM tablets into a rich multiwindowing desktop-like experience. But as of today, Remix OS is not in a single phone. Not yet, anyway – it's still at the demo stage.

Samsung's Galaxy S8, despite some serious flaws, will sell in the millions, and all you'll need to turn an S8 into a computer – presuming you already have a display, keyboard and mouse – is the £129 DeX dock. You don't need to download any drivers. And unlike Continuum, the experience is far more rewarding. 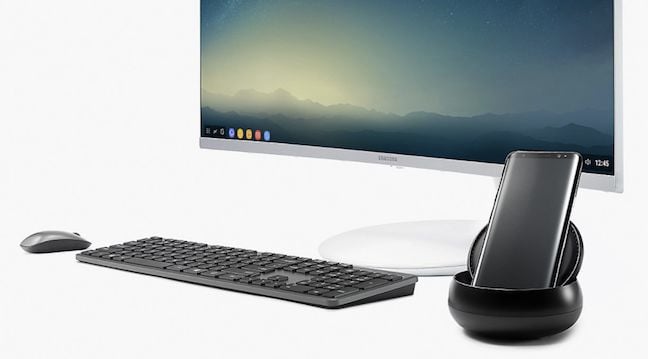 Despite HP's sterling efforts, Windows 10's Continuum has run smack into a brick wall: the app problem is crippling. As I've noted several times, staples such as Slack and Evernote are UWP apps in the Windows 10 Store but for desktop only, so after you dock your phone they don't open on your main display: the phone versions aren't multimode. It's an absurd situation, and unlikely to be improved until ARM hardware handles Windows 10 much better. 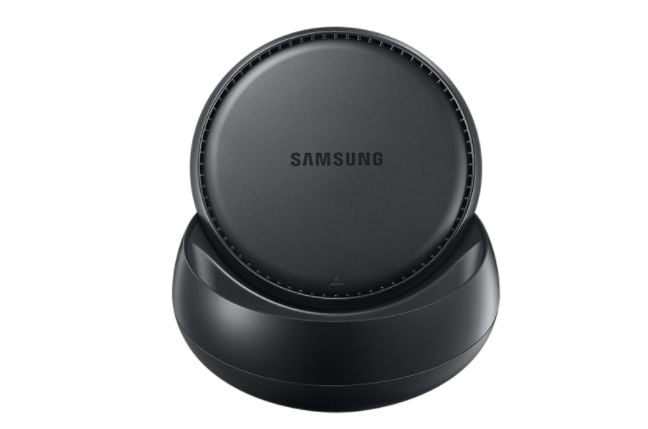 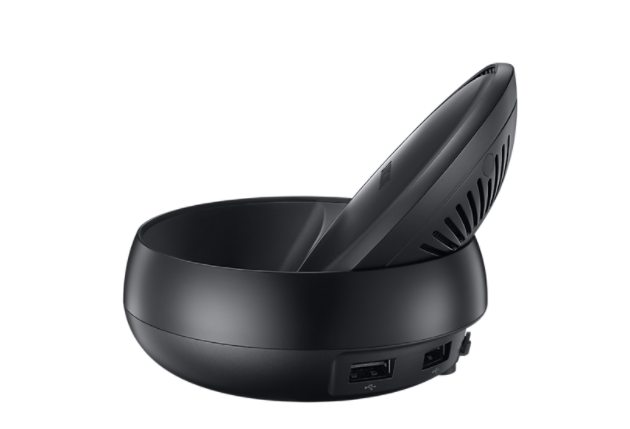 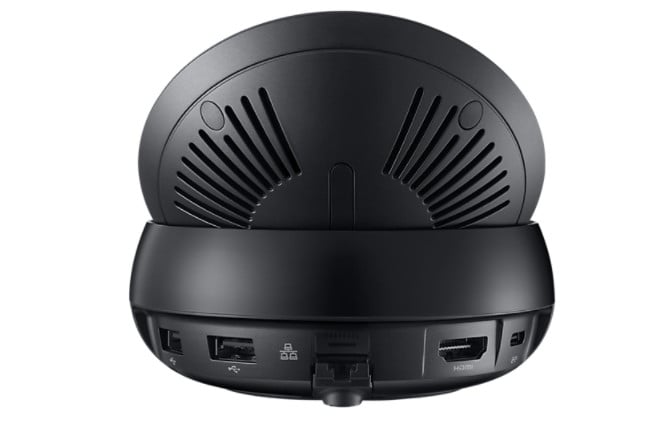 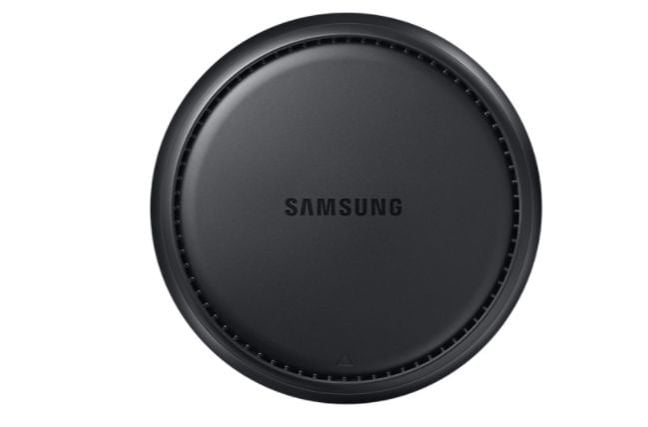 To get up and running, all you need is the DeX Dock. This comes with no cables, nor even a power supply: the understanding is you can use the power supply that came with your Galaxy S8, and plug into the dock.

The DeX dock has a clever design. Tip the lid forward to open it, which reveals the USB Type-C port and a speaker built into the lid. It features an HDMI socket, two USB Type A sockets, an Ethernet socket and the USB Type-C socket for the power supply.

But no mic or audio port, which we'll come to. If DeX works for you, you may want to buy another Quick Charge 2.0 power supply, as with the DeX you lose the Galaxy's rapid charging. Because the phone is doing extra work, the rate at which the battery recharges diminishes significantly to a slow crawl.

Docking could be a bit easier – the dock's connector hinges to allow the phone to be used at different angles. The dock doesn't have guides, so you have to guess the trajectory and get it exactly right. And I suspect a Galaxy S8 wearing a decent case won't fit. But after that it's mostly plain sailing.

There's a welcome screen and you'll be asked to confirm whether you want to mirror the phone's display or use it in DeX mode, but then bang, you're good to go.

Next page: Setup and driving
Page: