Back in November, HPE built a proof-of-concept prototype of The Machine and said it no longer intended to sell an actual product version but would integrate its component technologies into various HPE products over the next few years.

In June HPE Labs director Martin Fink, the driver of the project, resigned. 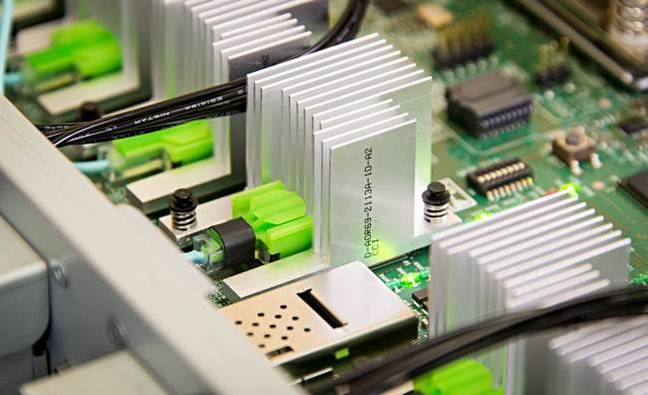 HPE Labs director Mark Potter said in a canned quote: "We believe Memory-Driven Computing is the solution to move the technology industry forward in a way that can enable advancements across all aspects of society. The architecture we have unveiled can be applied to every computing category – from intelligent edge devices to supercomputers."

HPE's announcement conjures up the prospect of The Machine prototype's architecture scaling "to an exabyte-scale single-memory system and, beyond that, to a nearly limitless pool of memory – 4,096 yottabytes. For context, that is 250,000 times the entire digital universe today."

HPE CEO Meg Whitman went all misty-eyed on Big Data analytics. "The secrets to the next great scientific breakthrough, industry-changing innovation, or life-altering technology hide in plain sight behind the mountains of data we create every day. To realize this promise, we can't rely on the technologies of the past, we need a computer built for the Big Data era."

Well, yes, possibly, and also the secret to God, the Universe, and everything, including how HPE could grow to be bigger than Dell EMC. ®